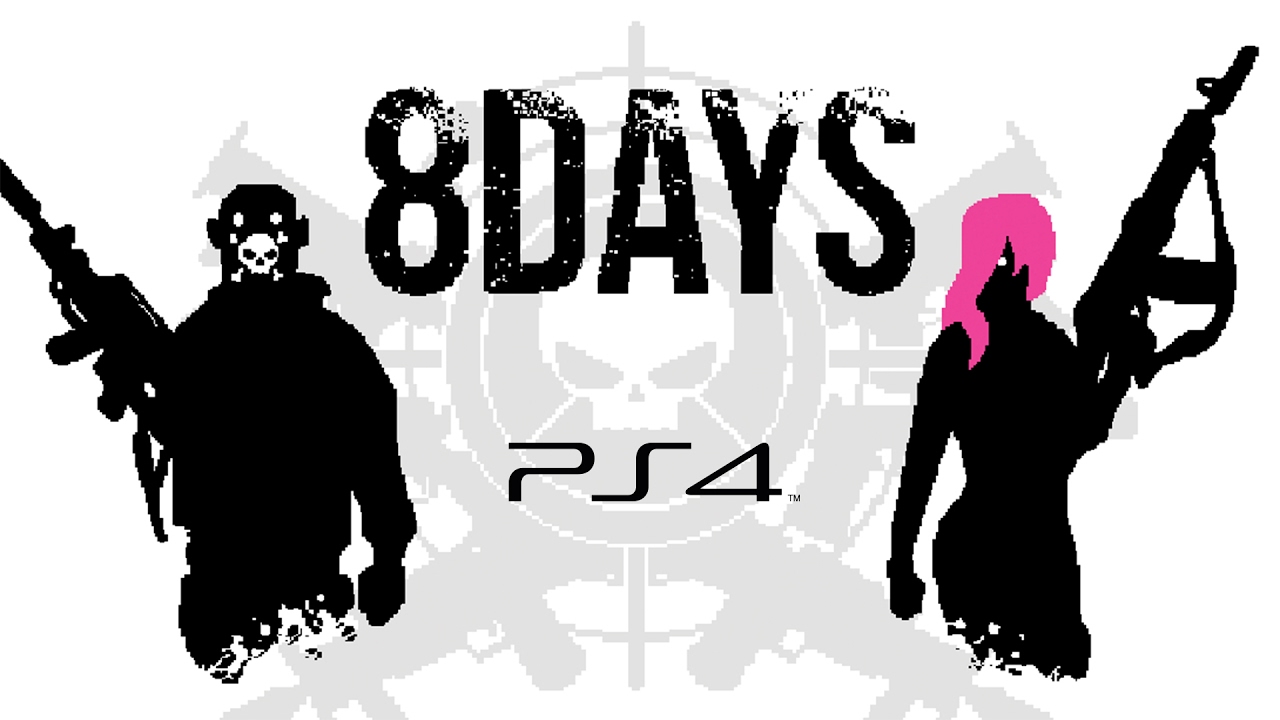 8DAYS, published by BadLand Games and developed by Spanish indie studio Santa Clara Games, is now available on PlayStation 4 and Xbox One.

A pixelated exercise in precision, patience and peacekeeping, 8DAYS has players fight in the name of G.O.D. Inc. (Gold, Oil, and Diamonds) through five missions of non-stop 8-bit, top-down, shoot ‘em up action.

G.O.D. Inc. is the world leader in the Private Military Company (PMC) sector, bringing peace to those conflict areas where its clients have strategic interests. In 8DAYS, players take on the role of Lola “Wasp” Cruz and Mike “Ghost” Doe — two of G.O.D.’s expendable mercenaries. G.O.D. and 8DAYS Magazine are modern instruments used to keep the masses under control. (G.O.D. is primarily a peacekeeping force, and the 8DAYS Magazine keeps public opinion in line.

In 8DAYS, players unravel closely guarded secrets while keeping the peace throughout five intense missions — on their own or with the help of a friend in local co-op. The game also features an original soundtrack.

Do you go in with guns blazing, or do you wait patiently in the shadows? Stand at attention, comrade: There’s going to be enough blood and bullets to start a war!

“We’re thrilled that console gamers can finally get their hands on 8DAYS. The game has a great nostalgic quality, and we wanted to share it with everyone — not just Steam users.”

“We believe the community is going to have a blast with 8DAYS, on their own or with a friend. So gear up, and get ready for a game where bullets and blood are never in short supply. Put simply, 8DAYS is a game that’s easy to learn but hard to master. Are you ready?”