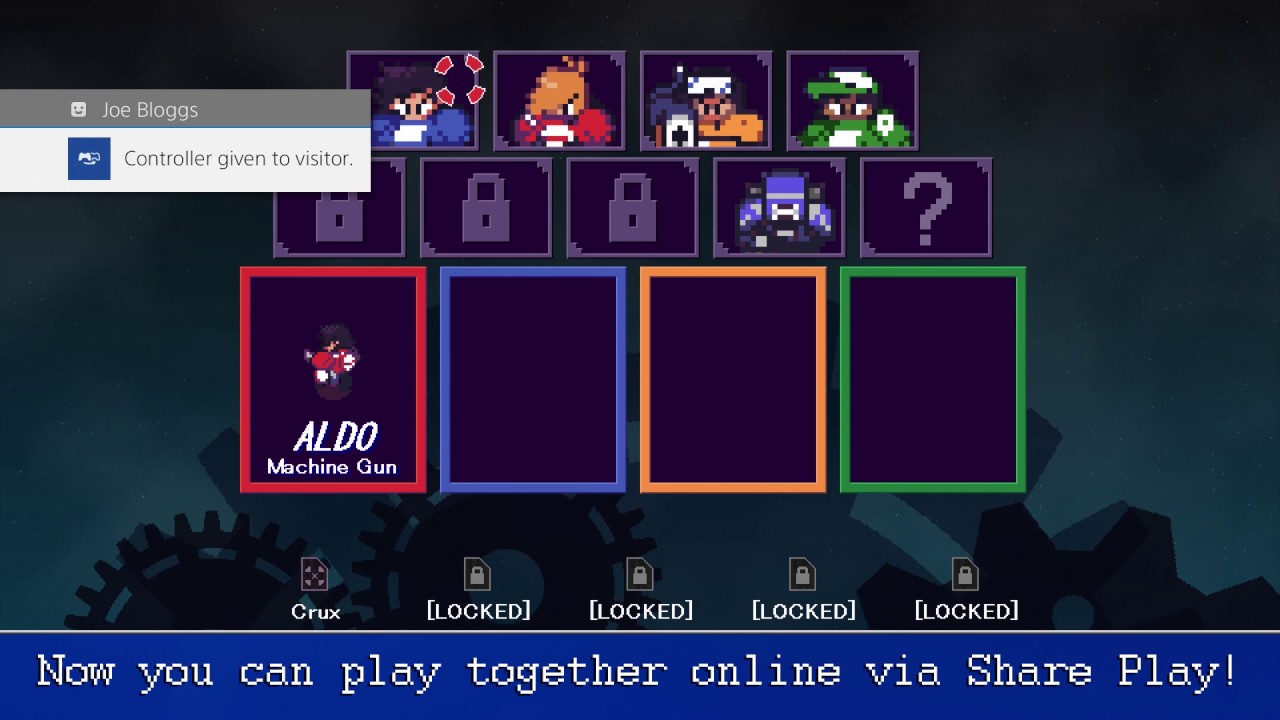 Circuit Breakers, the couch co-op twin-stick shooter, is out today for PS4 and PS4 Pro. With 88% of Steam user reviews being positive, Circuit Breakers is a well-received game that has just become available to more players than ever.

The PS4 version includes various balance changes and improvements over the original PC release with the PS4 Pro version taking advantage of the additional processing power. With more visual effects on screen at any one time than in the base PS4 version, this is the liveliest console version of Circuit Breakers.

The game is also set for release on Xbox One, the only console that will support six player local co-op, on August 8, 2017.

– Easy-to-learn and hard-to-master shooter, suitable for players of any skill level

– Chew through hordes of enemies with eight unique characters

– Local co-op for up to four players on PS4, and six players on Xbox One

– An enormous Challenge Board full of secrets to unlock

– Customize your game with Cores, modifiers which control health, weapon damage and more