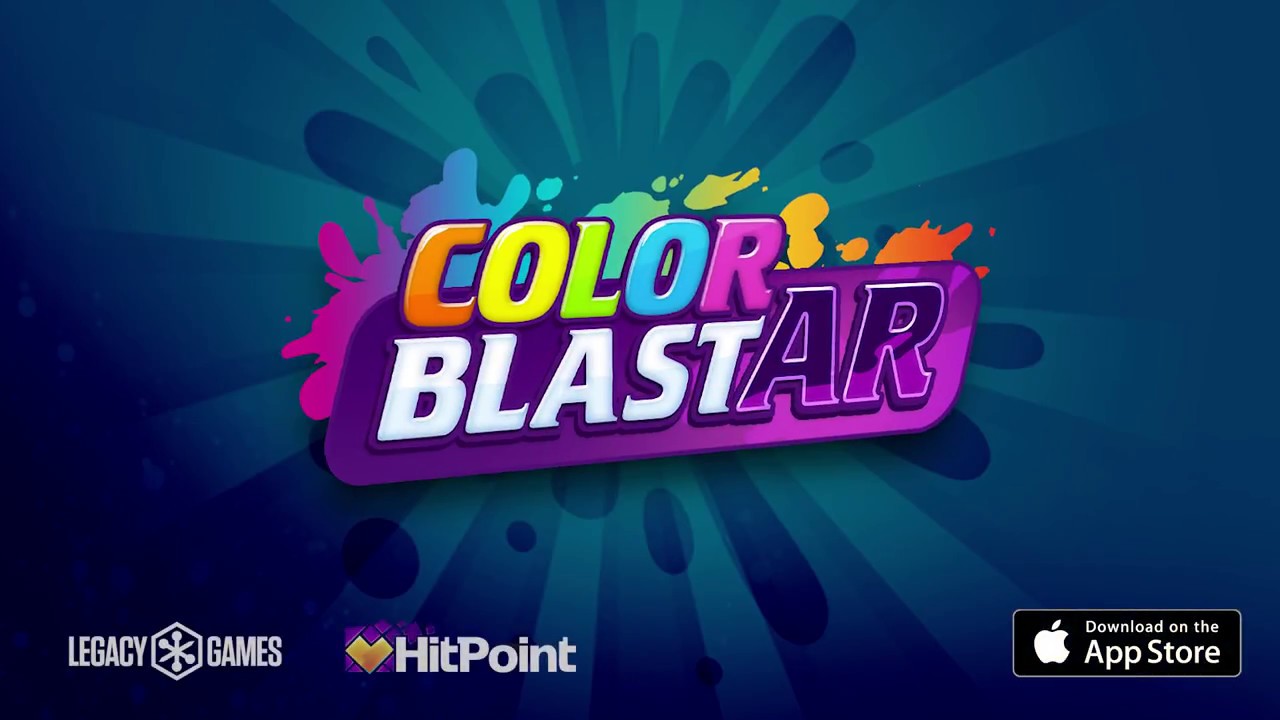 AR/VR, mobile and casual game developer and publisher HitPoint Studios announced the launch of Color BlastAR, an all-age Augmented Reality game that leverages Apple’s new ARKit technology to bring zombies, other creatures and lots of color into your world. Color BlastAR is free-to-play and available to download today in the App store.
​
Color BlastAR was created in partnership with Legacy Games, which previously released a version of the game exclusive to the Tango platform, Crayola Color Blaster, developed by HitPoint Studios as part of the Google App Incubator program. It is one of several projects on which the companies have collaborated, including the upcoming Kody Kapow: Village Defender for Universal Kids.

Playable on any Apple phone or tablet featuring an A9 or higher processor and running iOS 11, the new ARKit version takes the game one step further, letting players fight off a paint-stealing invasion either indoors or outside in full sunlight. A combination of coloring and tag, the gameplay of Color BlastAR is only possible when your mobile device understands its position relative to the world around it. The game utilizes the unique world-sensing, computer vision ARKit technology in order to integrate motion tracking and depth-sensing directly into the gameplay while transforming the world with virtual flowers, rocks, treasure chests and more.

“We believe AR will change the way people play, learn, and interact with brands and the world around them. And, given the ubiquity of the iPhone and iPad, Apple’s ARKit could be the platform that really gets true AR in everyone’s hands,” said Paul Hake, CEO of HitPoint Studios. “We’ve spent more than two years working with these world-sensing technologies, including our work on Tango, and are truly excited by the possibilities of bringing characters and objects into our world and interacting with them versus being more of a spectator.”

Things really come to life in Color BlastAR’s ‘Arcade’ mode. Virtual, life-size 3D characters appear and follow the player, who must then walk around to avoid the growing hordes of paint-stealing characters while flinging color to vanquish them. Additional content packs are planned to add new characters, power-ups, BlastARs, leaderboards and new ways to score. The game also has a ‘Story’ mode that lets players progress through the game to defeat the rhyming wizard before he steals all the world’s color.

“What makes games like Color BlastAR important is that accessible augmented and mixed reality represent a real evolution in traditional play and player engagement,” said Ariella Lehrer, CEO of Legacy Games. “What kid hasn’t wanted to walk up and interact with a life-sized zombie or superhero? What game developer hasn’t wanted to be the first to deliver that experience? When virtual characters can play along with us in our world, we can reimagine almost every traditional game, from sports to board games to dramatic play.”

Color BlastAR is available and free to download in the Apple App store.