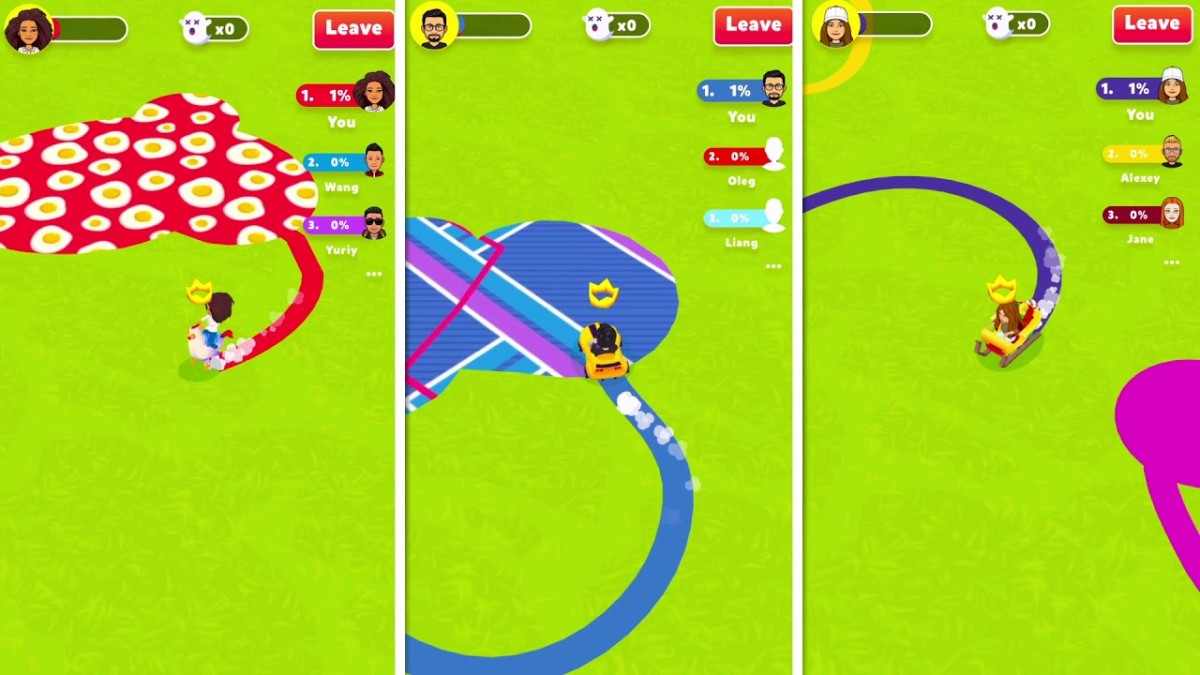 In partnership with Snap, Gismart is launching a real-time multiplayer game Color Galaxy on Snapchat platform. The game was exclusively created for Snap Games.

In Color Galaxy, players can conquer the planets with friends on Snapchat. Featuring Bitmoji, Color Galaxy allows Snapchatters to invoke their inner galactic conqueror, in a fast-paced and wildly entertaining multiplayer game. Snapchatters compete to get the most territory by driving cool custom cars or perhaps even a chicken and as Color Galaxy incorporates Bitmoji into the game, Snapchatters can easily spot their friends driving around.

In a race for half the map, Snapchatters draw lines to close their color loop and expand their territory, but beware; while you can cross an opponent’s line to take their life. There are no in-game purchases, but successful games will result in a reward of coins that can be redeemed for new personalization options including new vehicles, territory colors or sound effects.revenue increase and reaching close to $100m in revenue in 2019.

The Snap Games platform debuted in April 2019 and currently has 12 original titles and games on the platform from few developers including Gismart, Zynga and Zeptolab.

Link to the game: https://www.snapchat.com/games/color-galaxy