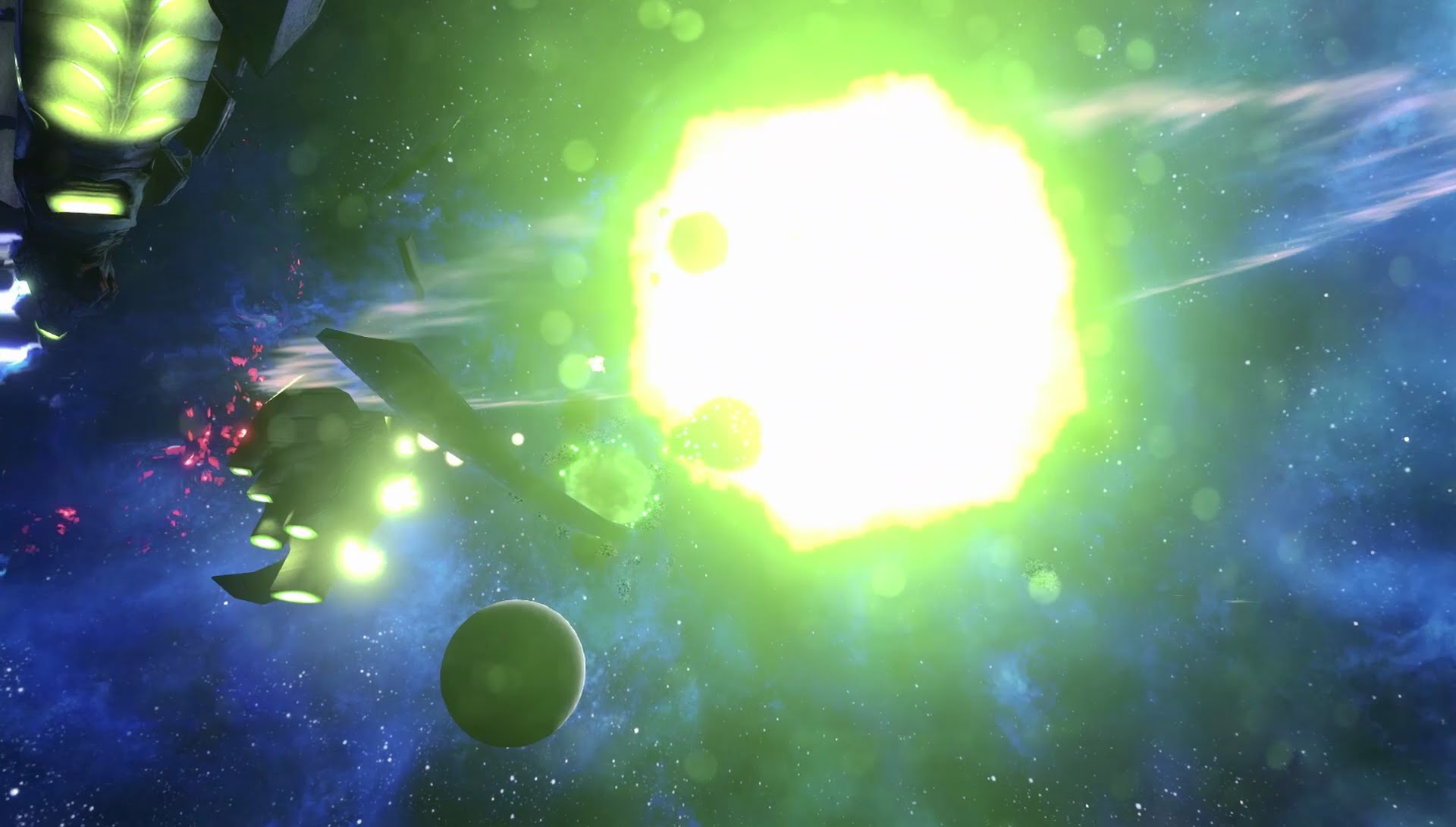 Infinium Strike, the strategy action hybrid from former Ubisoft producers working as Codex Worlds and published by 1C Company, is now available on Windows, Mac and Linux through Steam for $14.99 USD with a 15% launch discount in select stores. PlayStation 4 and Xbox One simultaneous releases are now planned for Q4 2016.

Set in the year 2170, a relentless alien threat known as the Wrog aims to wipe out humanity. Players assume the role of chief weapons officer aboard the TSF Freedom Strike, a massive intergalactic battlecarrier serving as Earth’s final line of defense.

Faced with seemingly-insurmountable odds, players must arm their ship with a variety of futuristic weapons custom-tailored for specific Wrog types, deploy fleets of advanced spacecrafts and use cutting-edge technologies to keep the threat advancing from all directions at bay.

Infinium Strike offers two game modes. Deep Space, an endless arcade mode, pits players against an onslaught of Wrog ships in a battle for the top spot on the leaderboards. Campaign Mode offers four levels of difficulty and follows a player’s rise through the ranks as a weapons officer and potential savior of humanity.

● A gripping campaign following humanity’s final line of defense against the bloodthirsty Wrog
● A Deep Space arcade mode in which players endure an endless onslaught for as long as possible and compete on leaderboards
● A 360-degree battlefield requiring players to fend off enemies on four fronts
● A diverse arsenal to help fight the Wrog, including:
o Eight types of auto-firing turrets, each with their own distinct advantage
o Fleets of space crafts capable of swarming Wrog ships
o SuperTech, a special ability with a variety of uses, such as striking every ship in a quadrant
● Stunning visuals and high-definition textures that bring an intergalactic war to life
● Four difficulty levels to accommodate strategy experts and story-focused gamers alike
● A free demo on Steam