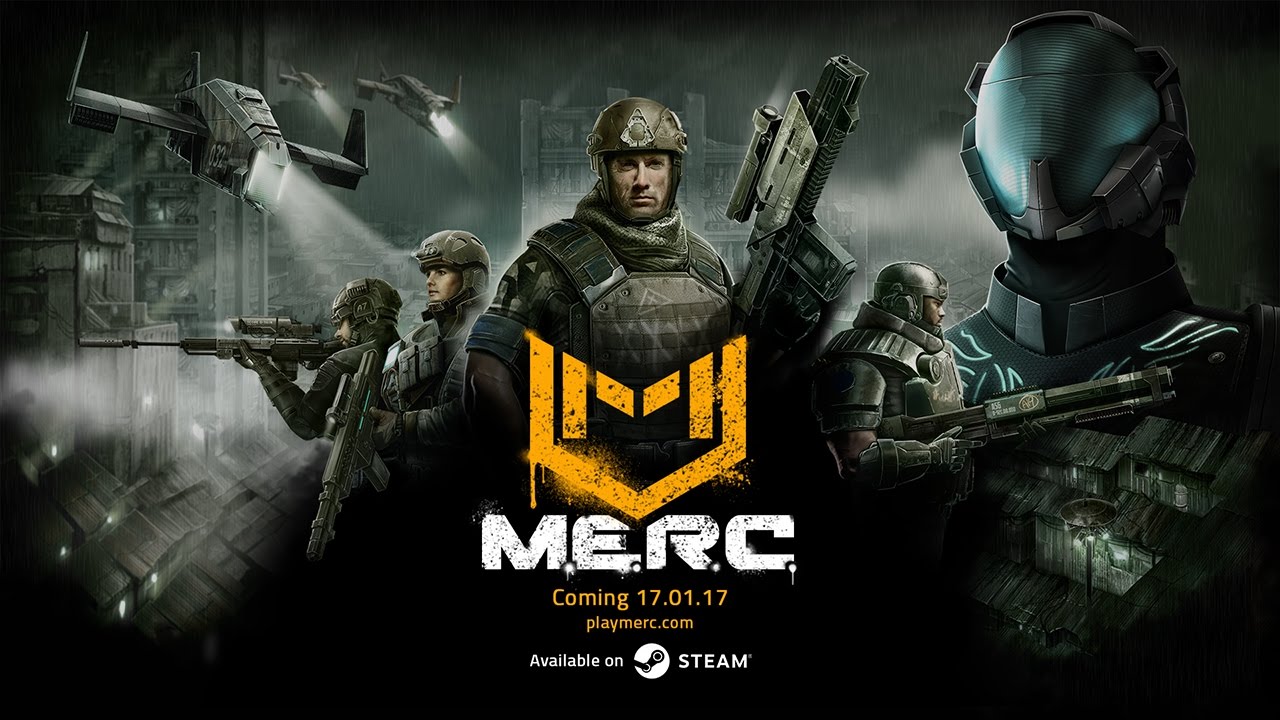 The last remaining city stands at a precipice. Driven by corruption and greed, Manta’s rise to power endangers not only Neotopia, but all of humankind. This threat must be neutralized.

From the creators of Tiny Realms, M.E.R.C. is a tactical, squad-based game of real-time engagement in a near-future dystopia, coming to Steam Early Access on January 17th.

Head into The Sprawl, a dangerous, crowded expanse of steel and concrete inhabited by the city’s countless oppressed. Hire a four-person squad to challenge Manta’s control in real-time combat, and enlist your toughest recruits to join your allies in cooperative multiplayer.

Adapt to Manta’s strategies with the use of multiple classes, including Assault, Sniper, Heavy, and Engineer. Complete missions to acquire better gear and augment your units’ abilities, and customize them even further with specialized sub-classes such as the Medic or Hacker.

“I was fortunate early in my career to work on the original X-COM series,” said Game Director Jamie Toghill. “I’ve always felt that the real-time play we introduced in the third instalment was a great twist on the genre. With M.E.R.C., we’re combining deep, strategic real-time action with cooperative gameplay for a rich sense of suspense and excitement.”

All that’s left to do is kick some serious Manta butt and save the world.