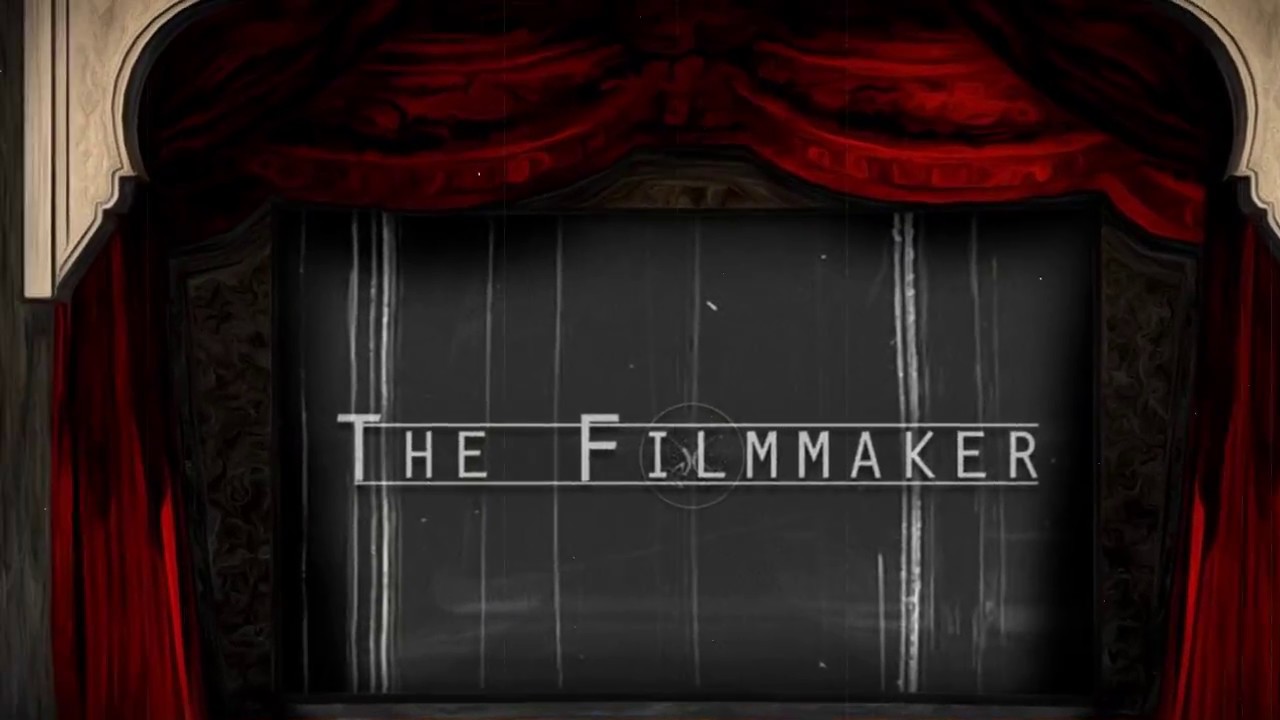 The Filmmaker is now available on Itch and Google Play.  iOS and Kindle versions coming soon.

The Filmmaker combines the best elements of interactive fiction, visual novels, and gamebooks with a graphic user interface that emulates the look of early 1990s text adventures. It features beautiful artwork and cinematic music. In place of a text parser is a context-specific multiple choice menu. A compass allows you to travel from room to room, and separate inventory, map, journal, and character screens are available at the push of a button.

It plays like an interactive novel. You make a series of choices that determine what happens next in the story. But unlike in traditional gamebooks and visual novels, The Filmmaker also features more advanced adventure-based game mechanics, including locations to explore, items to interact with, characters to meet, and puzzles to solve.

The Carson Stiles Gateway Theater was once the hotspot of town, featuring its own series of low-budget B-movies produced by renowned filmmaker Claude Ferucil.

Unfortunately, the theater closed several months ago after a series of gruesome murders.  This came as a huge disappointment to Brianna, a huge B-movie buff who faithfully attended every new showing with her recently-passed father.

Imagine Brianna’s surprise then, when she received a letter in the mail inviting her to the theater’s grand re-opening.  Little did she realize, however, that she was in for a bit more than she bargained for…
Features
EXPLORE a haunted theater and five distinct black-and-white films
DISCOVER the terrifying link behind a series of gruesome murders
INTERACT with a variety of interesting characters
SOLVE a multitude of challenging puzzles
ENJOY over 400 pieces of original artwork and an hour-long soundtrack
UNLOCK 25 achievements to view a special post-game bonus scene
EXPERIENCE 6+ hours of content–a true “B-movie” experience!

The Films
You’ll go INSIDE five distinct black-and-white B-movie films, each of which features unique exploration, visuals, music, and puzzles!  These include:
A Detective Story – A film noir tale about a down-on-his-luck detective
The Count – A horror story about a young maiden captured by an evil vampire
The Fuzzies – A cartoon about a small village of rabbit-like creatures
Aliens from Mars! – A sci-fi epic about a war with the Martians
Primal AtmosFear – An action thriller about a new man-eating predator

A Personal Journey
The Filmmaker is not just about movies; it is about a young woman learning to cope with the loss of her father, a topic that is personal for many of us.  At the game’ s core, it is Brianna’s personal, emotional journey that drives the story.