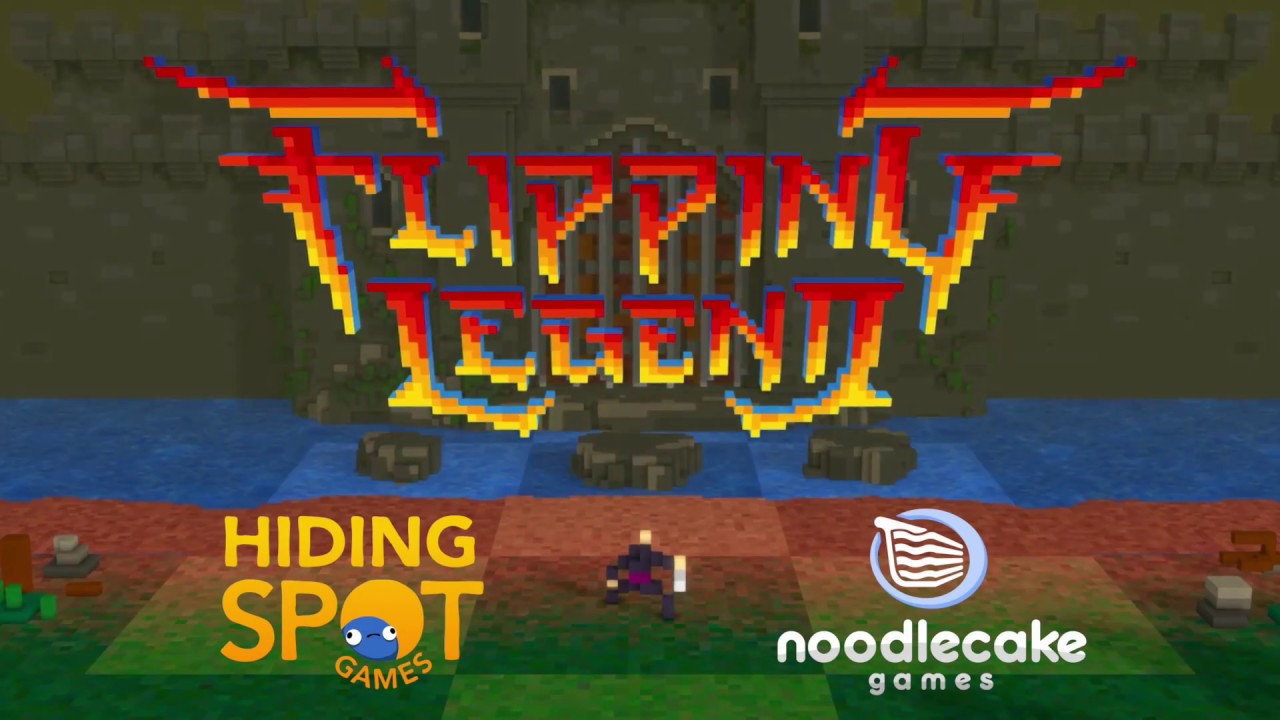 Warm up your thumbs because Flipping Legend has landed on iOS and Android. From the creators of the IGF Winning Ephermerid comes an endless action game unlike anything you have played.

In Flipping Legend you must unleash the power of your fists, spells and weapons in this pattern-based adventure. Hone your reflexes and be one with the environment as speed and rhythm become second-nature. Play with powerful heroes and unlock all their abilities and secrets to help better dispense your foes. Reach new and faraway lands not yet discovered by fellow travelers. Be a Flipping Legend!

The mechanics of Flipping Legend are simple enough. The world is created by a checkerboard style grid that is 3 squares across. Tap the right side of the screen and your character moves diagonally up and to the right. Tap the left and you go up and diagonally left. Each character can also jump back 1 square or wrap around the screen to change the current path you are on. The goal is to progress as far into the adventure as you can. But of course that is easier said than done.

Enemies of all sorts, spikes, ghosts, pits and more are going to try and take you down. As well you have a ever dropping heart meter on the top of the screen. However land on an enemy or use one of your special abilities to take them out, and your heart meter refills a bit. It is a game of speed and balance. You can’t go too fast or else you’ll certainly meet your doom, but go to slow and it is also game over.

Each character, from the Ninja, Archer, Wizard and more has its own ability tree and special moves to help you along your way. Level them up and spec out your favorite character just how you want them. For example, the Ninja has a dash ability that jumps ahead and kills the nearest enemy. Upgrade it to chain together more than one kill into a devastating combo.

The game is free to play and uses a chest system for unlocking new character skins and coins to purchase upgrades faster. You can purchase Legend chests from the store or find Brown chests in the game world. Brown chests require a video watch to open. You are also awarded free chests for completing the daily challenges.