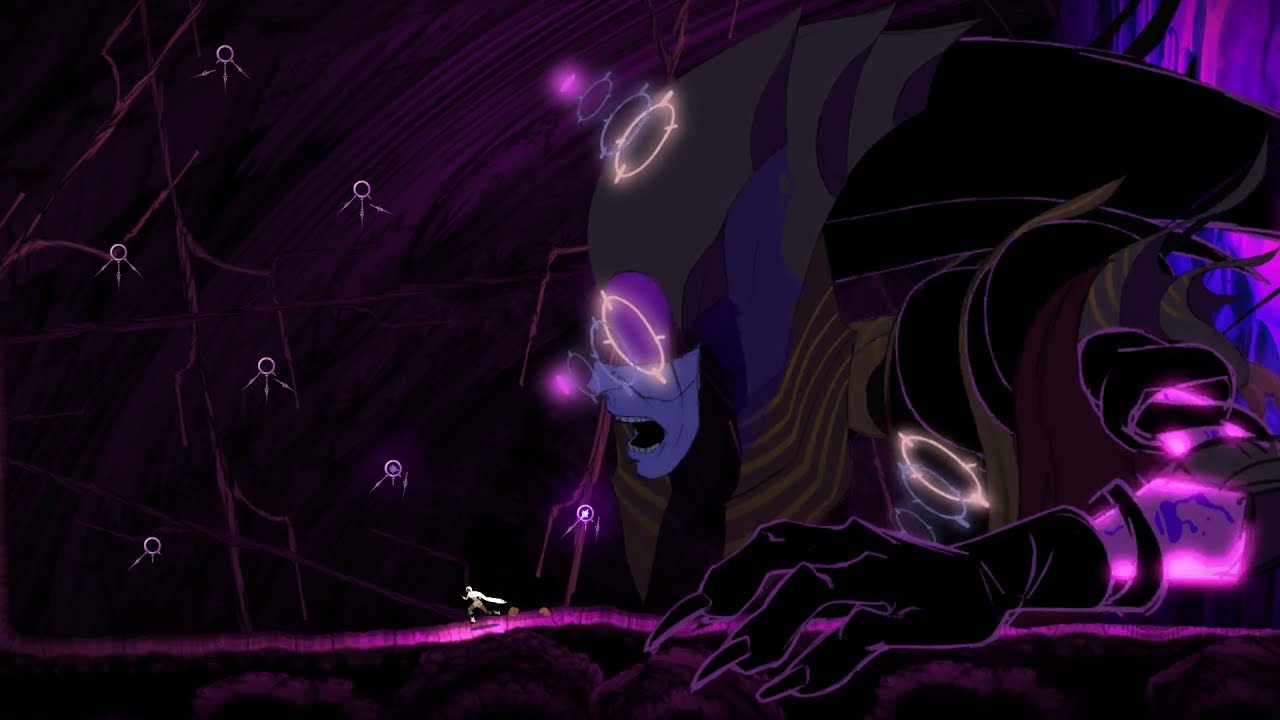 In a dispatch from the bustling Electronic Entertainment Expo (E3) 2017, Thunder Lotus Games has unveiled a new video teaser featuring images of the climactic final boss fight from Sundered, its hotly anticipated action-horror game. As initially revealed by the project’s co-marketing partner Sony this morning, the new Sundered teaser’s sombre imagery offers a striking contrast to the lush, verdant tones of the game’s introductory scenes, recently seen in its closed beta.

Opening to an sinister voice-over welcoming Sundered’s heroine, Eshe, to the climactic battle, the teaser offers the first glimpses of the game’s fourth and final boss, named Nyarlathotep, as he emerges ominously from a portal. It should be noted that Sundered features multiple endings – the player’s decisions to resist or embrace the corrupting influence of ancient eldritch powers throughout the game will have a crucial impact on this final battle.

“We’re truly excited to be lifting the curtain on Sundered’s climax, even if it is only for a short tease,” said Will Dubé, Creative Director and President of Thunder Lotus Games. “Here, we’re putting the stark contrasts at the thematic core of Sundered on full display. With the game into the home stretch of production, and our release is just around the corner in July, it’s tremendously satisfying to see it all coming together so beautifully now.”

Sundered is a horrifying fight for survival and sanity, a hand-drawn epic from the creators of Jotun. You play Eshe, a wanderer in a ruined world, trapped in ever-changing caverns teeming with eldritch horrors. Harness the power of corrupted relics to defeat gigantic bosses, at the cost of your humanity. Resist or Embrace. Coming PlayStation®4, Windows, Mac, and Linux in July 2017.