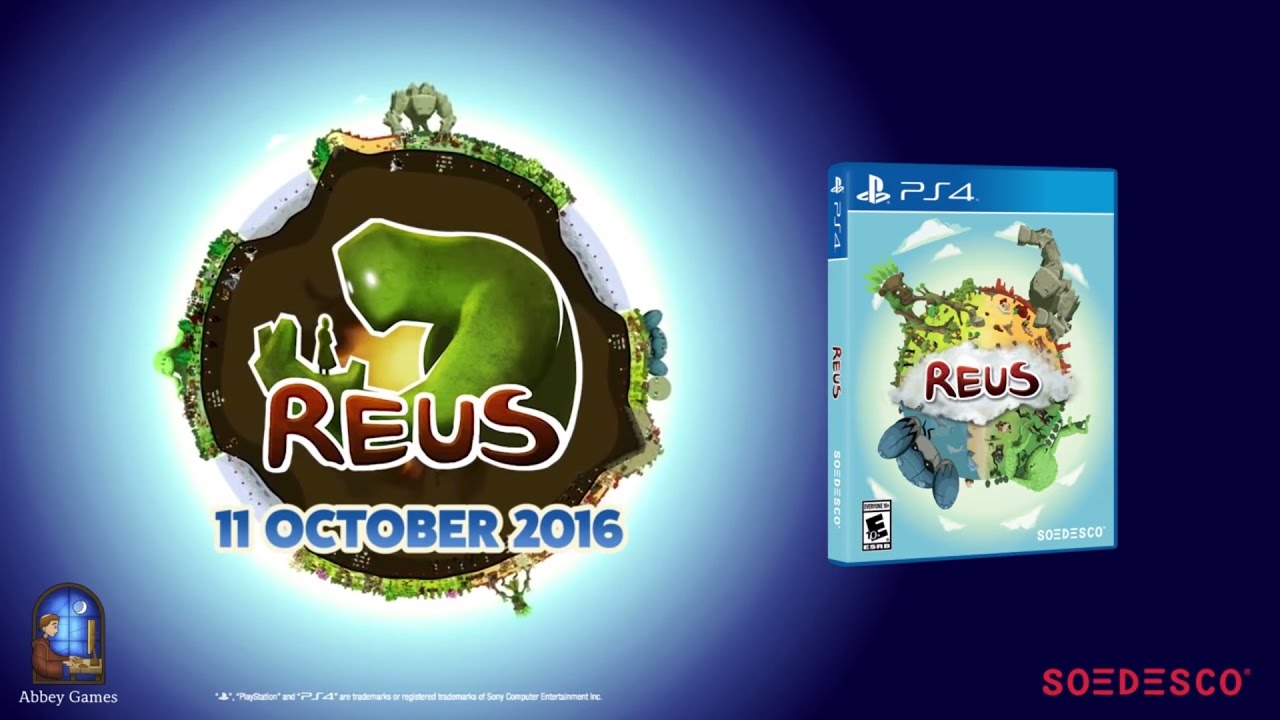 Leading indie game publisher, SOEDESCO, announced today  the critically acclaimed, god-game, REUS, by  Abbey Games will make its console debut October 11th,  2016.  The game will be available for the PlayStation 4 and Xbox  One.

REUS is a god-game where players control a  planet and rule four giants. Each giant has its own unique powers and  abilities that enable players to shape and evolve the planet.  If  the player manages to combine their powers correctly, they can cultivate  a peaceful environment for human civilization.  Keep the humans  happy and they will develop and expand their tribes … but don’t spoil  them too much, as they might become greedy and start a  war!

“REUS has enjoyed tremendous success on PC  and console players have been waiting to get their hands on it. We are  thrilled to finally introduce REUS to console players,” said Hans van  Brakel, Executive Manager at SOEDESCO.  “The game is a great fit  for console, and players can really delve into their planets to create  unique civilizations.”

With a complex system of upgrades and
synergies, the game allows for an endless amount of gameplay  styles.  Players will terra-form the planet and experiment with  different terrain types and enrich the planet with more than 100 plants,  animals and minerals.  Observe humanity and let your giants punish  or praise them!

REUS will be available on PlayStation 4 and  Xbox One beginning October 11th.