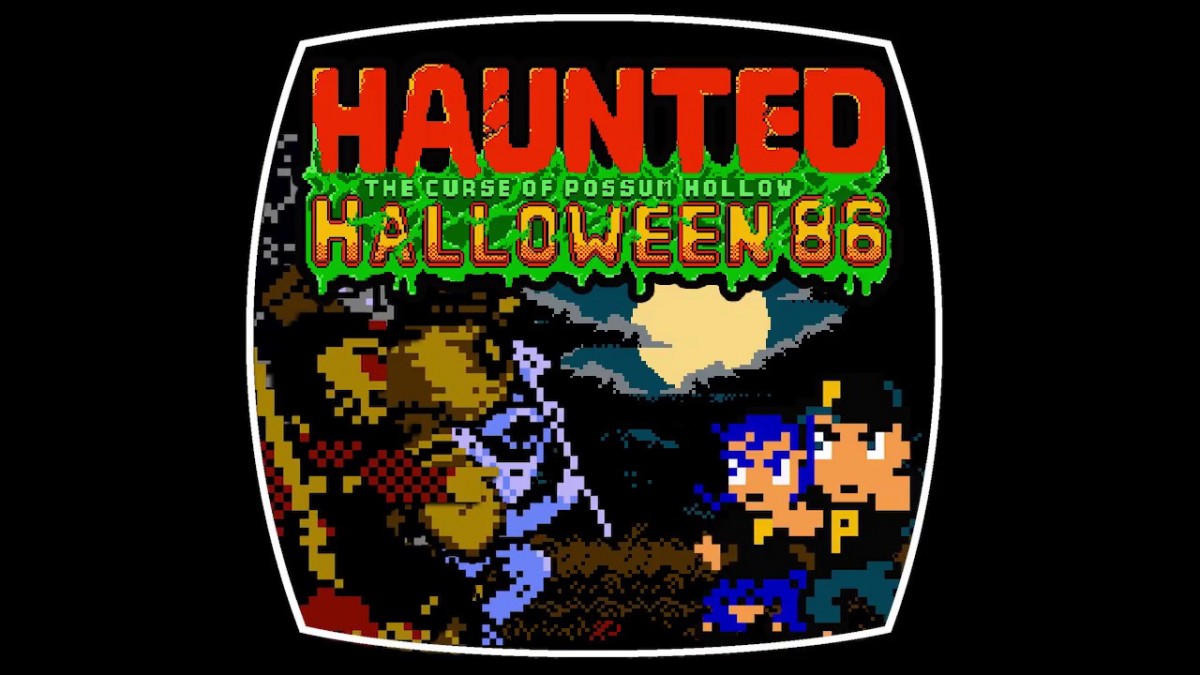 Retrotainment Games’ Haunted: Halloween ’86 (The Curse Of Possum Hollow) was originally released on NES cartridge in Fall 2016 and Mega Cat Studios’ Creepy Brawlers was released on NES cartridge in Fall 2017. These games were built from the ground up to adhere to NES hardware restrictions, completely coded in the original 6502 Assembly language for an authentic 8-bit experience.

About Haunted: Halloween ’86 (The Curse Of Possum Hollow)

Straight from our authentic 8-bit cartridges to your Switch, this horror-infused platformer, beat-em-up hybrid is power packed with spooky action and adventure. It is the sequel to Haunted: Halloween ’85.

October 31st, 1986: In the once-quiet town of Possum Hollow, two 11-year old kids are gearing up for some Halloween hijinks! Before a fun-filled night of trick-or-treating Donny and Tami venture up to the old farm house where Harry, the crazy old farmer, suddenly thrusts them into a nightmare. Now trapped deep down in his dungeon on a pile of bones, they must break out and find their way back home. They will face hordes of heinous haunts, monstrous bosses and environmental hazards as they make their way through the various landscapes of Possum Hollow and fight to save their town from the curse that plagues it.

After a spectral hand pulls you out of your seat and into the silver screen, you become the underdog in an underworld championship. Lace-up your gloves and get ready to duck, bob, and weave as you punch-out a marathon of movie monsters, including the wolfman, backwoods psycho, and a very slick vampire. Dodge special attacks and time your counters perfectly, because a KO means losing the round…and your soul.

Think you’re a horror heavyweight champ? Then be sure to grab the Limited Edition of Creepy Brawlers, which comes with an amazing custom cartridge featuring some slick and spooky art! Quantities are very limited so strike fast, strike now!