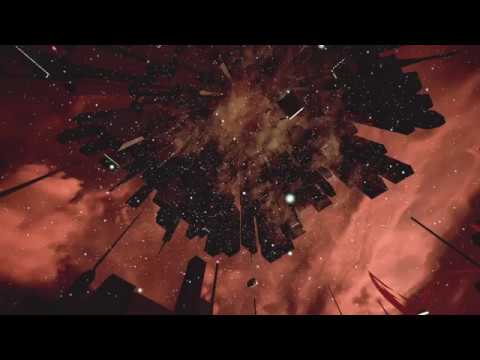 New information revealed about Miga’s upcoming immersive sim, its world and its story. A teaser trailer hinting at the game’s mystery…

Miga has today unveiled a new teaser trailer for its upcoming immersive sci-fi sim HEVN, along with new information about the mysterious narrative that unfolds throughout the game.

Inspired by classic immersive sims such as System Shock and Deus Ex, HEVN is a suspenseful and mysterious science-fiction story set in a future where the Earth has become hot, overcrowded, and divided by technology. In 2128, with no other options left, protagonist Sebastian Mar embarks on a dangerous celestial mining mission, light years away from home.

On Naic, an isolated planetoid orbiting a distant star, Sebastian will need to navigate the physical and political dangerous of Nomoni Inc’s highly controversial mining program. Although assisted by robots and a central AI system, Sebastian will still have to use his ingenuity to survive.

How the story unfolds

HEVN’s story plays out in a number of ways. The game’s world is richly crafted, allowing the player to investigate and uncover the twisting narrative on their own terms.

To discover new depth to the central story, players will be able to access tablets, correspond with friends and family back home via email, and analyse cryptic images and messages left by co-workers. This highly investigative storytelling allows players to delve into the story as much as they like, uncovering the game’s secrets as they progress.

As Sebastian, players will also be able to engage in detailed conversations with robots and read magazines that help to flesh out the universe of 2128. As an increasingly unnerving story begins to unravel, Sebastian will have to balance his own physical and mental well-being with an urgent need to uncover the truth.

“We wanted to make a unique first-person game that throws the player into a dangerous, story-rich experience with only a few ways out,” said Miga’s Mat Mathews. “Although at times the player may be faced with combat situations, we’re weaving in a deep story, rich with conflict, mystery and adventure.”

He added: “For such a small studio as ours, triple-A-quality visual effects are out of our reach. But we’re sparing no expense or time when it comes to story, our character AI, and how interactive the world can feel.”

As well as classic immersive sims and more contemporary survival mechanics, Miga have more filmic inspirations in mind when it comes to the game’s storytelling and atmosphere.

Co-creator Larry Johnson added: “We really wanted to make something that feels cinematic, has an open style of gameplay, and has a human story to connect with.”

“HEVN is set in a realistic near-future,” said Mat Mathews. “Except for a few technological poetic licenses, we set out to make HEVN a grounded sci-fi experience that exudes some ambience and mystery from movies like Moon and adventures like The Martian.”

HEVN will be released for PC via Steam in Summer 2017.