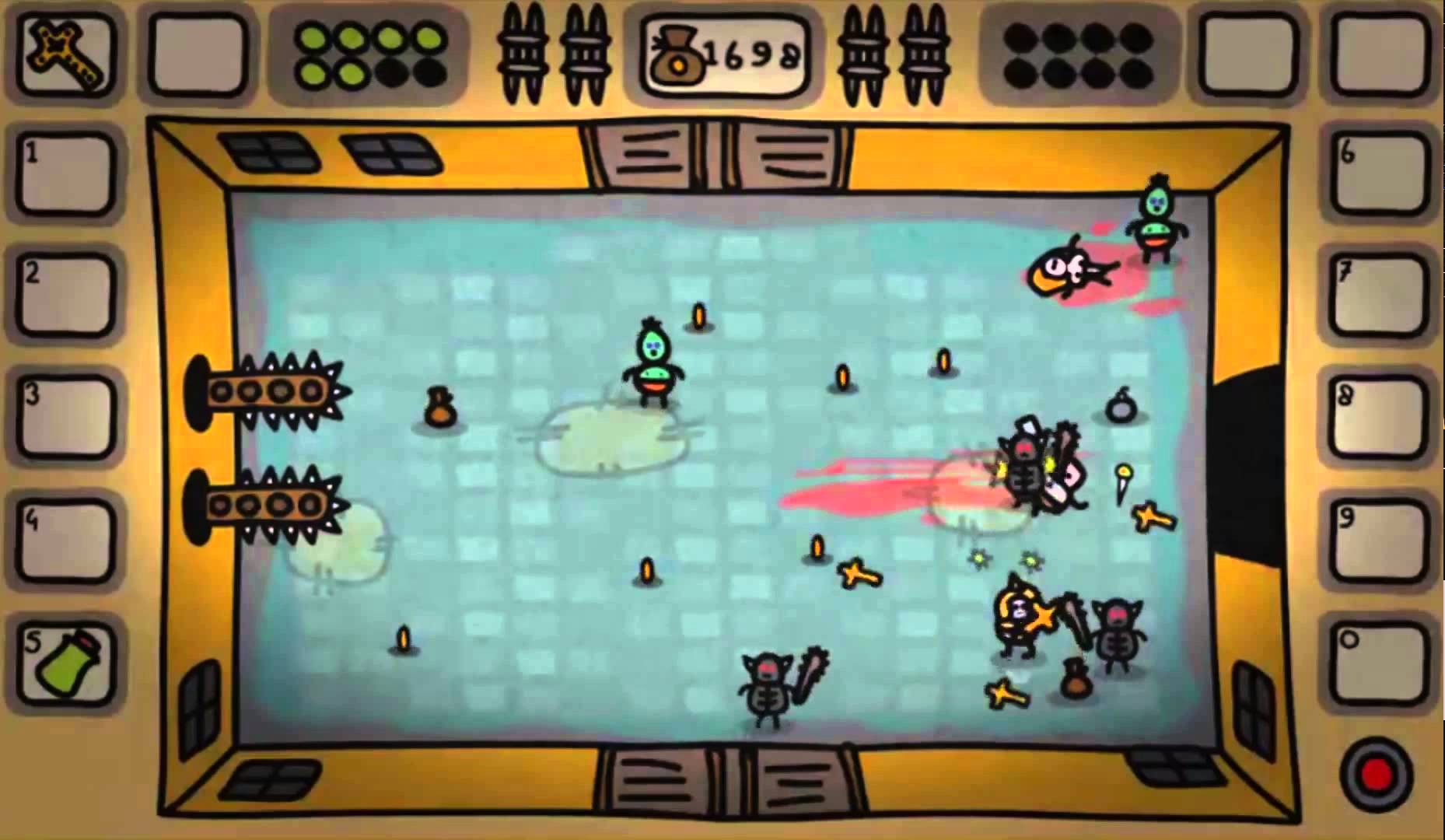 Over the course of six months since Early Access release in October, Disposable Heroes developer Evilized Games has worked with feedback from the Steam gaming community to enhance and complete what is now a lustrous, rounded and fully formed adventure – work that has led to the game’s selection for SEGA’s Leftfield Collection at EGX Rezzed 2016 in London.

Those who have already encountered the wacky world of the Disposable Heroes will know that they are a rag-tag band of nobodies who, quite by accident represent the kingdom’s last hope. With the royal army slain it is they who must venture across the land on a quest to bring back the head of the king’s son so that the light might return.

With a nod to absurd adventures such as Monty Python & The Holy Grail and The Mighty Boosh, Disposable Heroes now has 40 more enemies, 50 additional levels, a whole series of cutaway scenes and animations, DLC, voiceovers and more music – plus of course the full range of weapons, spells, lotions and potions, leading people to describe it as ‘The Binding of Isaac’ meets ‘South Park’.

“Disposable Heroes is a Dungeon crawler game like no other. Between the awesomely simple graphics to the just utter ridiculousness of it all, it’s just awesome.”
Th3Cap3 – YouTube Let’s Player

The game now has over 150 levels for players to navigate, either in 1 player or with a friend in local 2P co-op; something you might think would make proceedings easier; it does not. It does however guarantee wacky laughs, japes and spills aplenty.

Evilized Games developer Ben Aprigliano said: “This was the first time I have released a game in Early Access, and it was something I wanted to do in order to work with the gaming community to enhance the structure, content and playability of ideas that were pouring from my head at quite a rate. I always wanted it to be something different from the usual fare so working with gamers to get their input was particularly important to me. Six months on from entering Early Access and 18 months on from the initial ideas phase for this game, I’m really proud of what we’ve produced and hope that gamers around the world continue to enjoy this crazy caper.

“The Leftfield Collection recognition from EGX and SEGA means a huge amount to me and I am looking forward immensely to meeting gamers in London in April and hearing first-hand what they make of the finished product.”

You can download the full and final version of Disposable Heroes from Steam at http://store.steampowered.com/app/366180 from Wednesday 23rdMarch 2016.

About This Game
Meet the disposable heroes… A rag-tag band of nobodies who – quite by accident- represent the kingdom’s last hope.
With the royal army slain it is they who must venture across the land on a quest to bring back the head of the king’s son so that the light might return. If they had a brain cell between them they might actually be dangerous. -The game will have a 2 player co-op system.
(Play alone or let a friend join the game to fight side by side with you on your quest.)

ONCE UPON A TIME, IN A LAND FORGOTTEN BY MANY, LIVED A KING AND HIS WIFE, HAPPILY MARRIED AND LOVED BY THEIR SUBJECTS.

BUT THE DAY THE NEWBORN SAW THE LIGHT FOR THE FIRST TIME, SOMETHING TERRIBLE HAPPENED… THE SUN, WHICH HAD SHONE SO BRIGHTLY, DISAPPEARED WHEN THE BOY WAS BORN. CITIZENS WERE SHOCKED, the king and his wife paralyZed.

THE CHILD WAS SO HIDEOUS, SO UGLY AND DESPICABLE THAT NOT EVEN HIS OWN FATHER COULD BEAR TO LOOK AT HIM!

TWO YEARS OF DARKNESS, HUNGER AND SICKNESS PASSED WHEN THE KING MADE A DECISION – HE WOULD SACRIFICE HIS ONLY SON TO SAVE THE KINGDOM FROM THIS CURSE.

AFTER HEARING HIS FATHER’S THROUGH THE THIN WALLS OF THE CASTLE, THE CHILD ESCAPED THROUGH A SECRET PASSAGE AND FLED INTO THE FOREST WHERE HE WOULD LIVE THE REST OF HIS LIFE…

THE KING SENT HIS BEST MEN INTO THE DARK LANDS, BUT NONE OF HIS SOLDIERS RETURNED. THE EVIL IN THE KINGDOM GREW STRONGER, AND WITHOUT THE LIGHT OF THE SUN THE LAND WOULD BE DOOMED FOREVER.

SINCE THERE WERE NO SOLDIERS LEFT, THE KING GATHERED A GROUP OF FOUR STRONG VILLAGERS TO KILL THE LAD AND BRING BACK HIS HEAD…

…UNFORTUNATELY THESE WERE THE ONLY FOUR LEFT…