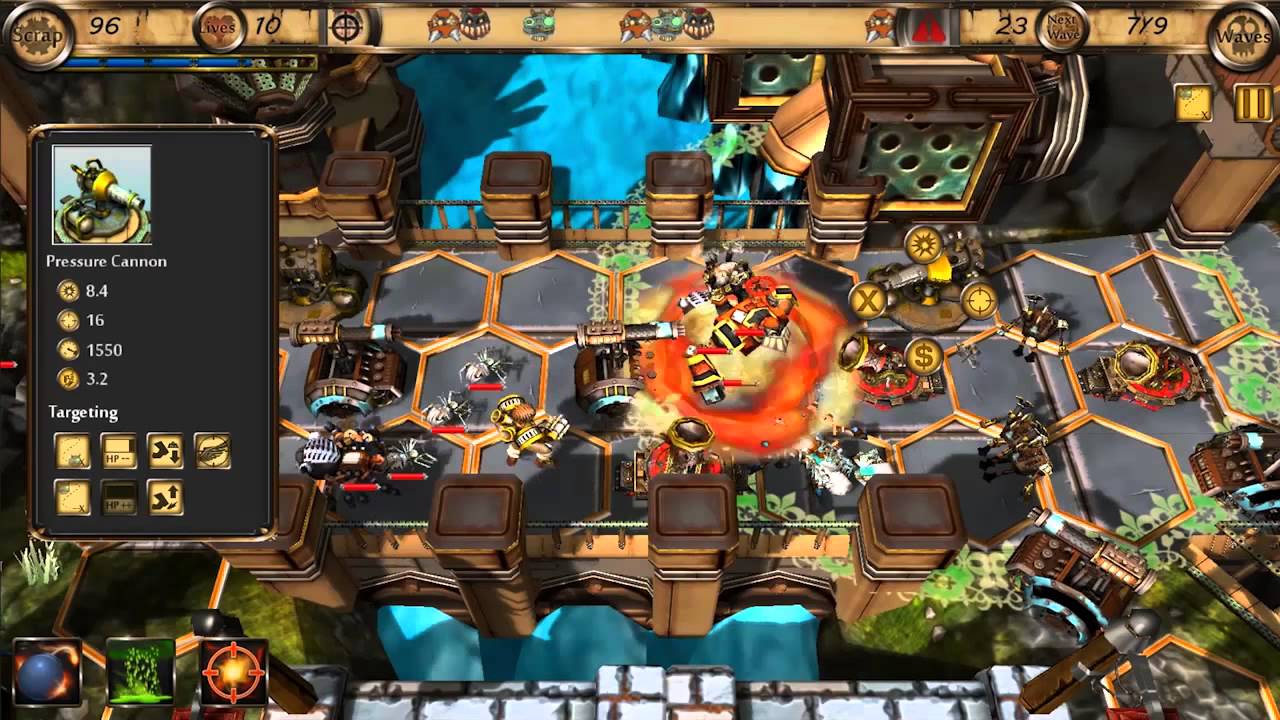 Hydraulic Empire by Solitude Entertainment now available on Steam™ is an ambitious Tower Defense with RPG elements, focusing on strategic interactions between mobs and persistent upgrades.

Inspired by classics such as Dungeon Defenders™ and Kingdom Rush™, Hydraulic Empire combines the best in the genre with its unique features and elements. You play a Lieutenant General responsible for leading the final charge in the aftermath of a civil war between the aristocratic mages and the rebellious Steampunk army. New factions formed and a new war broke out fighting for the country. Your task is to control the old capital to discover who has split from the army, and who remains loyal to the cause.

Mob interactions is a key ingredient to Hydraulic Empire. Interactions take place all over a level, and will affect where and how you build in a level. Based on which mob lives or dies, the interactions vary, offering an almost endless replay ability. Most mobs interact with at least two or three other mobs, and some interactions open a gateway to new possibilities, while others might diminish. The city and factory areas are great for upgrades to heroes and towers, and is customizable to suit your specific style of play. The talent-tree and game builder allows you to create virtually any defense of your choice, a feature in constant improvement and a treat for RPG fans.

Hydraulic Empire recently updated to include new 4-tower and breakneck-modes, which allows you to play the game with a speed locked at 200% and no pause-option. The new modes become available after beating a level and have their own high-score tables and levels of difficulty. In total, the game includes 21 levels, 10 mobs, 10 towers and more than 25 hours of pure Tower Defense fun.

Hydraulic Empire is available on Steam™ from here:
http://store.steampowered.com/app/381220/