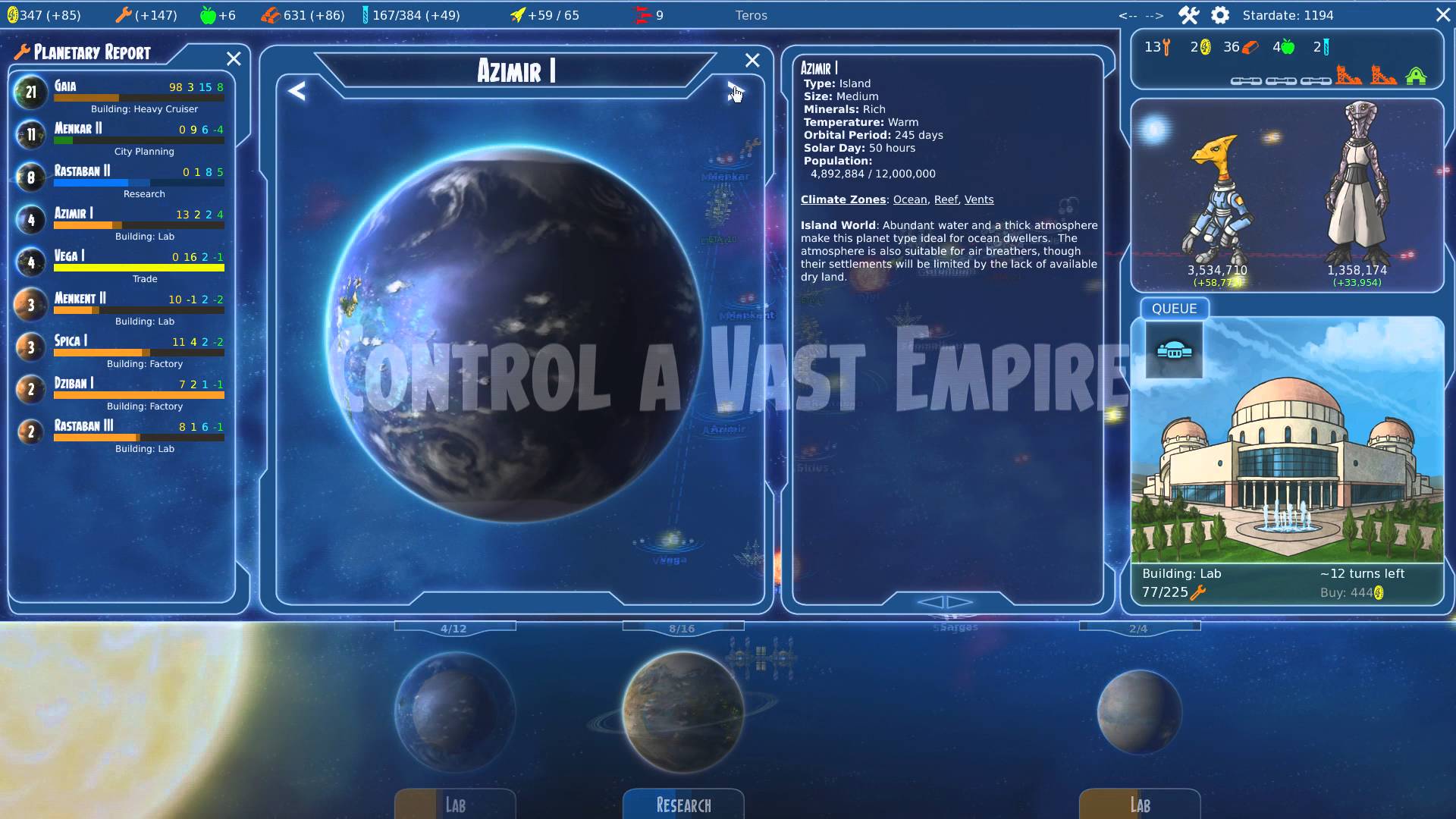 Iceberg strikes gold again! The Dutch publisher, well known for its love of scifi games and especially 4X strategy titles, announces that it has agreed a worldwide publishing agreement with Canadian development studio Ashdar Games for their unique 4x strategy game Stars in Shadow (PC). The game is currently in the later stages of development and is expected to release on Steam and other digital platforms during Q3-2016.

Stars in Shadow is a turn-based 4X space strategy game with a distinctive artistic style. The player competes with alien factions to explore and settle nearby star systems, develop colonies, build fleets to defend against rivals, negot iate with them and conquer them, when necessary. The game is won by unifying the galaxy, either through diplomacy or by force.

Iceberg Interactive CEO Erik Schreuder says: “We are extremely pleased to add Stars in Shadow to what was already an impressive portfolio of 4x strategy games. With its unique style combined with its feel for traditional 4X elements, this is certainly a 4X game that stands out from the crowd and we expect it to entice many 4X lovers to jump in the exciting universe the game offers.”

Sven Olsen of Ashdar Games says: “We’re really looking forward to working with Iceberg. They have an excellent track record in the genre, and Stars in Shadow will certainly benefit from their experience.”

About Stars in Shadow
Since the end of the Great War, the galaxy has been quiet. For three thousand years primitive species have had time to grow, to learn, and to look to the stars. There they will find the smoldering embers of that long-ago war, alien civilizations and ancient technology. These discoveries could bring destruction, or they might provide the means to survive the greater challenges ahead.

Stars in Shadow puts you in command of one of seven distinct spacefaring civilizations. Explore the galaxy, rediscover and colonize distant worlds, and build an interstellar empire. Invest wisely in your military – for this is a dangerous galaxy. Another great war is inevitable, and your people will need strength to earn their place among the stars.

Features
•Unique hand-drawn comic book art style..
•Turn based 4X space strategy featuring turn based fleet combat. The tactical system allows starships to do battle using a wide range of different weapons and abilities.
•7 Playable factions comprising six alien races. Choice of faction will determine tech and research opportunities initially available. Forming alliances, conquering neighboring species, or discovering ancient artifacts may open up additional avenues of research.
•A vast range of different planet types, each with their own lore. The most prized worlds are those that hold artifacts from civilizations that vanished long ago.
•Manage a growing empire. Balance the competing priorities of research, growth, and ship building and decide the fate of those alien species that come under your control.A multi-species empire allows taking advantage of the aptitudes of each race, but will prove challenging.
•Galactic politics: Of the playable alien species, three are “young races”, reaching out into the galaxy for the first time. The remaining three are “old races”, survivors of a terrible war fought in the distant past, they still hold to their ancient grudges.
•Choose your race wisely as it impacts which worlds will suit you, what trades or alliances may be offered, and whether or not your neighbors are inclined to trust you.
•A successful attack against an enemy planet gives you the option of bombarding and/or invading that planet by means of ground combat.
•3 difficulty settings.
•Map sizes up to 85 star systems. Each star can have up to 10 planets.
•Advanced settings such as Random events and NPC factions, including pirates and marauders.