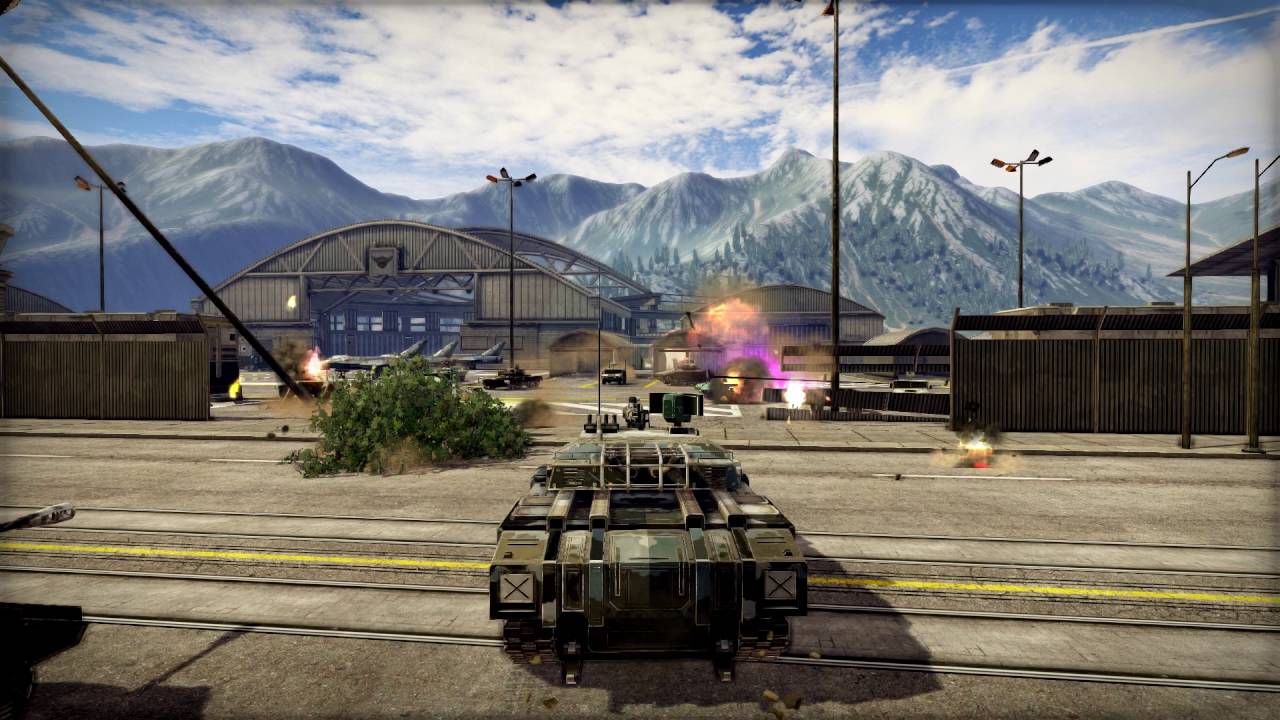 Atypical Games, creator of widely-acclaimed war simulations Battle Supremacy and Sky Gamblers, today announced that their visually-striking new title Infinite Tanks is available now on iOS, tvOS and OSX for $4.99. Featuring the graphical fidelity that the studio is known for, a slew of single-player and multiplayer modes, and a deep customization system to provide players with complete control over the speed, strength and style of their vehicles, Infinite Tanks offers the ultimate in automotive assault.

Infinite Tanks is named for its immensely powerful personalization system, which uses virtual cards to represent each vehicle’s component parts. The breadth of choice available for a given tank’s engine, body, track, turrets, and guns yields over 100 million unique vehicles, excluding aesthetic personalization options such as paint and accessories. With limitless customization at their fingertips, players can mix, match and swap cards with their friends to produce the perfect vehicle for every playstyle – from nimble speedsters to lumbering defensive machines to powerhouse gunners – and then test their creations in mano-a-mano multiplayer mayhem.

Infinite Tanks also features:
A sweeping single player campaign across a wide array of enormous environments
Six different maps, from lush tropical forests to bleak, arid deserts to flourishing metropolises, all lovingly rendered with crystal clarity
Hyper-realistic dynamic weather that changes based on the climate of a given in-game environment, down to the sun moving across the sky as time goes by
A brigade system for multiplayer warfare on a massive scale, where born leaders can take up the helm of Commander and lead their comrades into battle. Soldiers in a brigade can rise to the rank of officer, form platoons of road warriors, and even join the fray mid-battle to aid their allies
Unique custom games for both single and multiplayer, including King of the Hill, Capture the Bases, and Team Deathmatch
A variety of vehicle classes and 60 levels of progression to hone each tank into the perfect weapon of war
Cross-platform multiplayer between iPhone, Mac and Apple TV