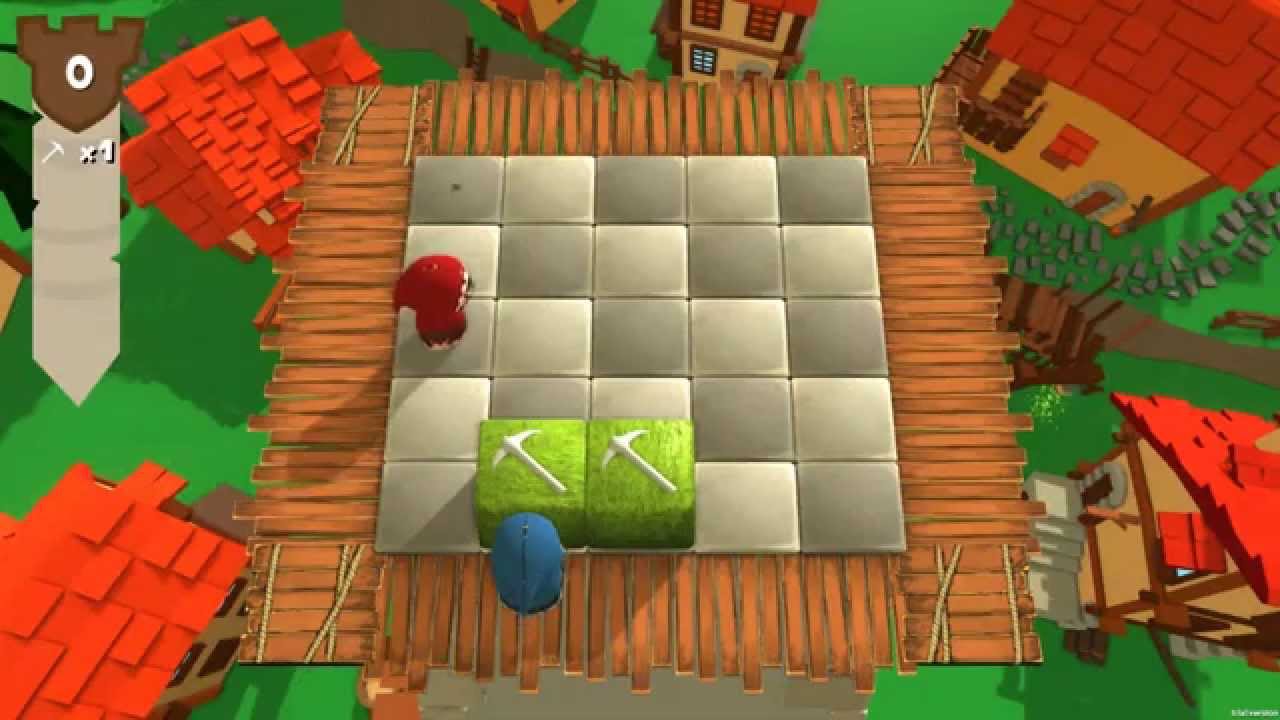 Help King Harold keep his throne in CASTLES, a new action puzzler launching on Xbox One digitally on October 5th and on PlayStation 4 digital on October 4th. The PS4 boxed edition will be released on October 7th.

One evening, King Harold was reading a travel magazine about the “Wonders of the World” and marveled at how various monuments brought glory to different kingdoms. With elections coming up, King Harold needed something big to keep the throne. Inspired by the magazine’s monuments, he summoned the kingdom’s best builders to construct the tallest tower anyone has ever seen and it’s your job to control them.

Up to two players can take on 50 levels to build King Harold’s tower in Story Mode. Different material blocks labeled with construction tools will fall onto a 5×5 grid. Push and match three or more material blocks (or the construction tools on them) to complete level goals. Don’t take too long or the blocks will fill up and stop the work to a halt! Finally, you’ll also have to face off against tough weather conditions and *five bosses* sent by jealous rival King Edmund to ruin King Harold’s construction plans!

With three modes to choose from, the building action doesn’t stop there:

KEY FEATURES
*   Play alone or with a friend.
*   Choose from 4 different characters.
*   Fight incredible battles against giant enemies that will try to destroy your tower!
*   Experience more than 50 levels of gameplay in story mode.
*   Face game-changing inclement weather (rain, fog, snow, wind, day and night cycles).
*   Enjoy 3 game modes: Story, Survival, and Versus.
*   Unlock buildings and the appearance of your characters.
*   Watch the village grow and thrive as you climb the tower levels!