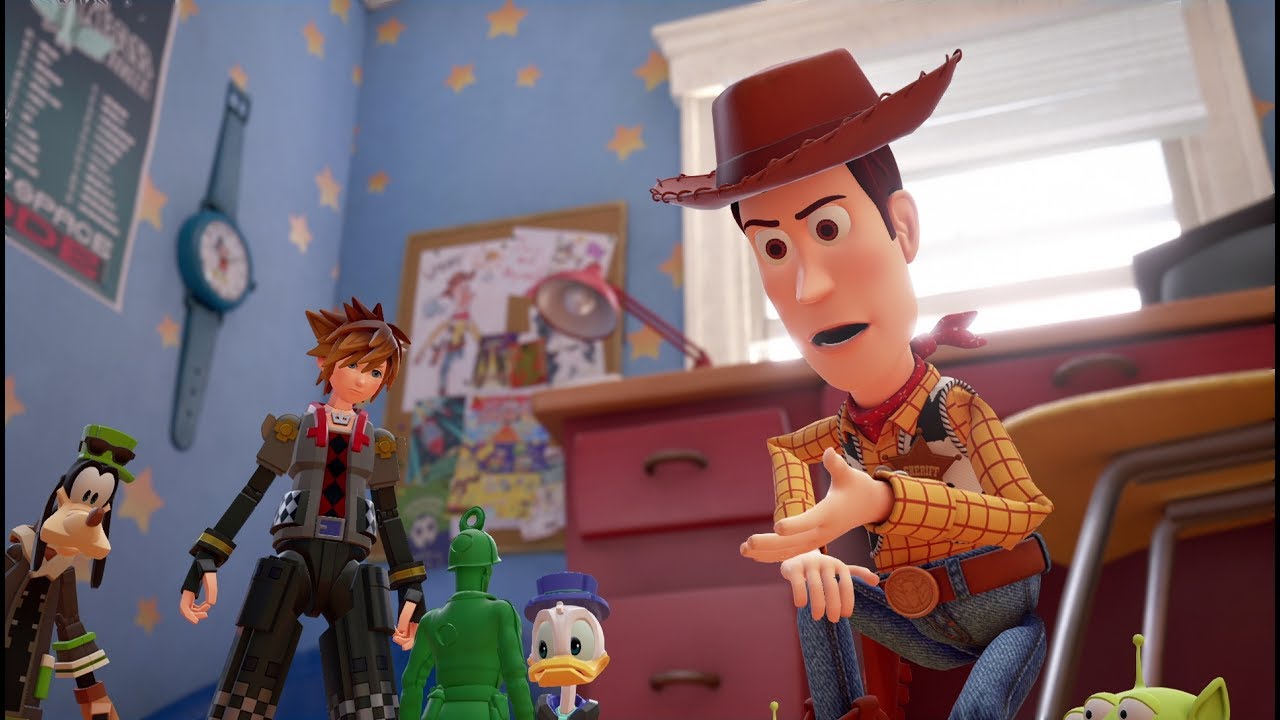 The new trailer follows Sora, Donald Duck and Goofy to Andy’s room as they join Woody, Buzz Lightyear, Hamm, Rex and Sarge’s investigation into the disappearance of their fellow toys and Andy, and the emergence of the Heartless enemies in their world. Featuring an original storyline, fans will get a first look at the dynamic trio’s “Toy Story”-themed looks, all-new toys, such as the Gigas, and special Keyblades that transform and give Sora unique attacks to unleash on Heartless enemies.

“At long last, we are excited to open up the KINGDOM HEARTS universe to include the world of Disney•Pixar’s ‘Toy Story,’” said Tetsuya Nomura, Director of the KINGDOM HEARTS series. “I’m sure fans have been anticipating the inclusion of this world for many years. The narrative will be an original story exclusive to KINGDOM HEARTS III, and the gameplay will feel characteristic of the ‘Toy Story’ style and aesthetic. Please stay tuned for more details to be revealed soon.”

“Featuring a brand new storyline that brings together beloved ‘Toy Story’ friends with the heroes of KINGDOM HEARTS, the ‘Toy Story’ world in KINGDOM HEARTS III successfully mirrors the level of quality that we strive to achieve with every Pixar film,” said Jason Katz, Story Supervisor, Pixar Animation Studios. “KINGDOM HEARTS III will undoubtedly be an experience that fans will not want to miss.”

In KINGDOM HEARTS III, players will continue their magical adventures across beloved Disney worlds, like the futuristic San Fransokyo from Big Hero 6, the Kingdom of Corona from Tangled, Olympus from Hercules, and more.