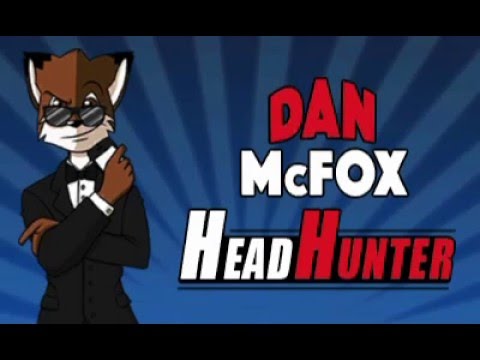 Dan McFox: Head Hunter is an action puzzle game which challenges players to quickly pick out the right faces from a crowd. Using literally billions of procedurally-generated faces, players must quickly identify the suspects requested by Agent Dan McFox from the selection shown.

In “Round Up” mode, players have 60 seconds to bring in as many suspects as possible. Find “3 wearing a hat” or “4 with red hair” quickly enough to keep the combo going and post your score to the online leaderboards.

“Mission Mode” presents a series of fixed challenges where players will have to whittle down the suspects to find the right culprit.

Players who activate StreetPass™ can share their best scores with others
– and will even challenge the players they meet to see if they can beat that score on the exact same game!

The game is fully localised and can be played in five European
languages: English, French, German, Spanish and Italian.
Dan McFox: Head Hunter is available on the Nintendo eShop in Europe priced €2.49 / £1.99 and in Australia priced $2.99. A North American release will follow in the near future.