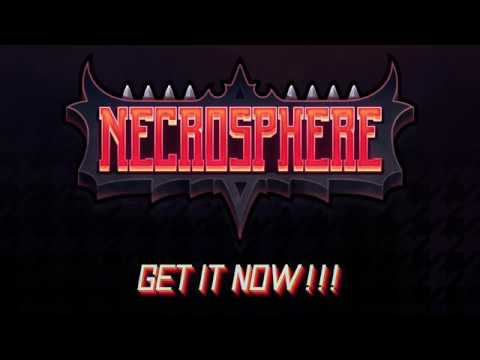 Necrosphere Deluxe, the retro adventure-platformer with minimalist controls from Sony publishing label UNTIES and developer Cat Nigiri, brings its pink unitard and super jetpack to Nintendo Switch, PlayStation 4 and PS Vita. An Xbox One version will follow suit in Q1 2019.

Secret agent Terry Cooper wasn’t expecting to get shot during his latest mission, much less awaken in the Necrosphere, the realm where all souls go before they can permanently rest in peace. Now, not quite dead and lost in a place bursting with obstacles threatening to kill him for good.

Cooper dodges sizzling fire curtains, deadly spikes and more devious traps as he searches for a way back to the Normalsphere. Frequent checkpoints mean each respawn puts him straight back into action, where Cooper can learn–or die again–from his mistakes. Gravity bubbles and powerful jetpacks help him to reach new heights and collect items on his two-buttons adventure.

Now with improved graphics, optimized performance and additional languages, Necrosphere Deluxe is a delightfully challenge for fans of metroidvanias and platformers alike.