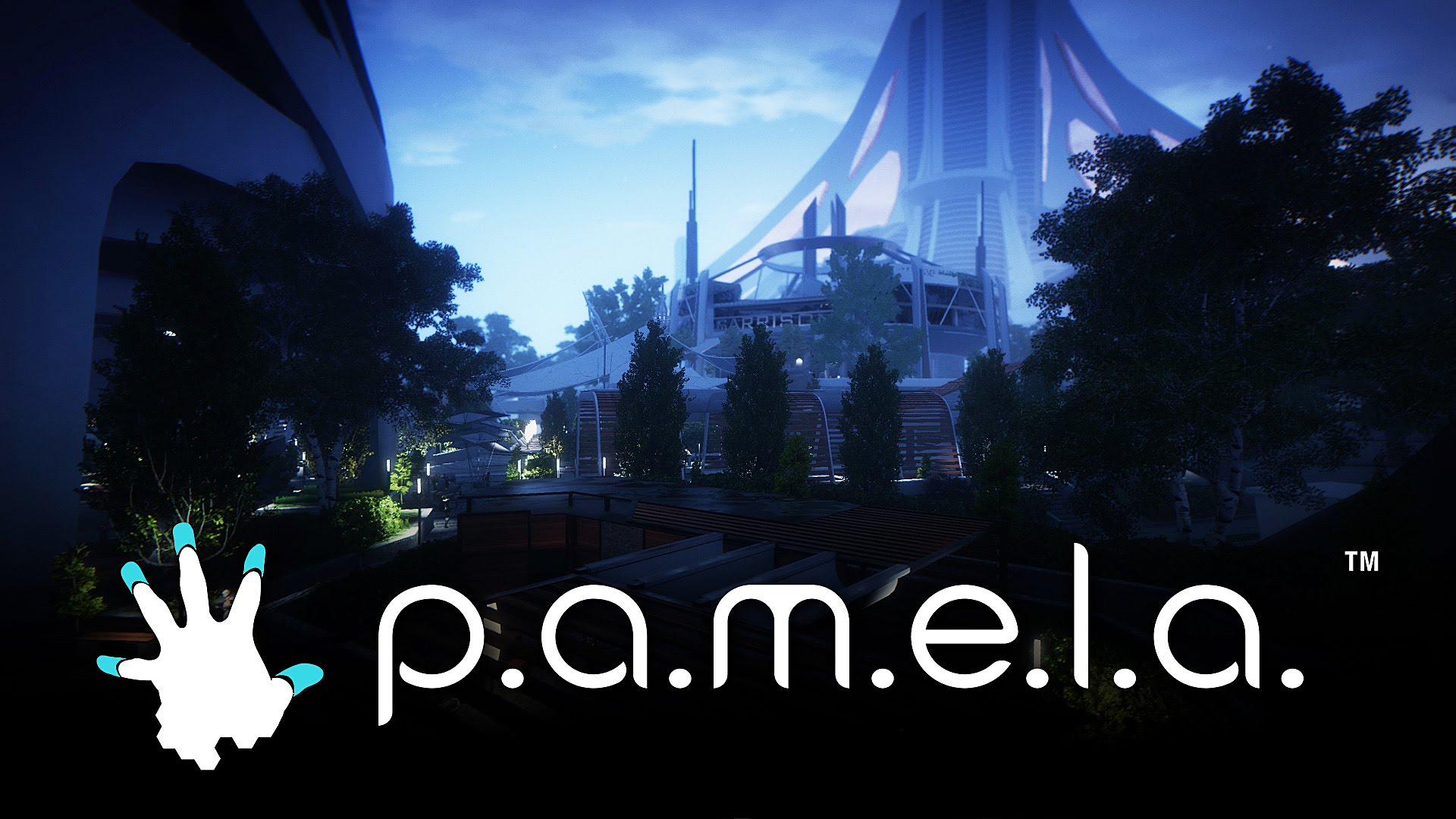 Indie development team NVYVE® Studios today announced that P.A.M.E.L.A., the first-person, open world, utopian, sci-fi, survival horror game, will launch on March 9th on Steam Early Access. In P.A.M.E.L.A. you must survive against all odds by wielding unconventional technology as you explore Eden, an unforgiving paradise that explores the unforeseen consequences of humanity’s craving for technological and biological advancement.

“Several years ago, we formed NVYVE® Studios with the goal of creating a game that took the survival genre, and built upon it with a hand-crafted sci-fi setting to create a wholly unique experience. The Steam Early Access launch is a culmination of those years, and will form a base for P.A.M.E.L.A., challenging players to explore and survive within the fallen utopian city of Eden”, said Adam Simonar, Studio Director of NVYVE® Studios. “We are looking forward to working with the community as we continue to evolve P.A.M.E.L.A., adding new features and content in the run-up to a full commercial launch”.

“P.A.M.E.L.A. represents a bold step for us. Having previously utilised Unity in our architectural practise, we’re excited to bring those skills into game design. I am very proud of our incredible team – It’s been a dream come true for everyone involved. A lot of sacrifices, sleepless nights, long days, sweat and tears went into making the game and we hope the gaming community enjoys it”, said Marvin Maalouf, President and CEO of NVYVE® Studios. “We see P.A.M.E.L.A. as the first in what will hopefully be a long line of quality titles to come out of the studio and want to show the world that a small team with a huge amount of passion can create beautiful, immersive and fun worlds for players to explore.”

P.A.M.E.L.A. begins as your character awakens from cryosleep in Eden, a fallen utopian city. Pamela, Eden’s lone AI overseer, provides information on how to survive within the city while bestowing amplified abilities upon the player. As you explore Eden, uncovering insights into the lives of individual citizens of Eden through discoverable data logs, you discover the tragic story behind the fall of Eden and learn about the way society used to function in this former utopia. Search the city for over 200 unique pieces of loot and resources, ranging from food to building materials and hi-tech weapons and upgrades, while using your hacking skills to unlock salvage containers or doors to access secret areas of the city.

As you learn about the city and your place within it, you will encounter and battle the Afflicted, the maligned citizens of Eden driven mad by a horrific biological outbreak. Governed by their excruciating pain and disfiguring disease, the Afflicted react in unpredictable ways, presenting a formidable, harrowing threat. As part of your arsenal, you have the holographic “AARM UI” system which projects the game interface directly into the game world, seamlessly heightening immersion and building tension during battles. Acquiring and upgrading the modular weaponry attachments for your AARM device allows you to further even the odds on the offensive. Defence is just as important, though, made possible by the game’s freeform base-building system, which enables you to build a personal safe haven amidst Eden’s hostile world. You can also use the Pandora IVG Multitool to discover even more items and manage your base.

You’ll eventually learn how to manage and upgrade Eden’s power systems to keep the lights on and use services such as elevators and vendor kiosks. But take care to avoid encounters with Eden’s security system. The deadly Seeker droids are still functional and will respond harshly to illegal activity, an additional threat. As every decision in Eden has consequences, you must tread carefully and think about the ramifications of your choices. What is the cost of enhancing your body with Bio-Augmentation? Sure, it might help in the short-term but the long-term implications may affect you in unforeseen ways.

This offers just a glimpse of what NVYVE, has planned for the future of P.A.M.E.L.A. and its full commercial release. NVYVE redefines ideas of what a small team can do and will be revealing more about its release calendar and how players can help shape the future of this exciting new open world survival game over the coming months.