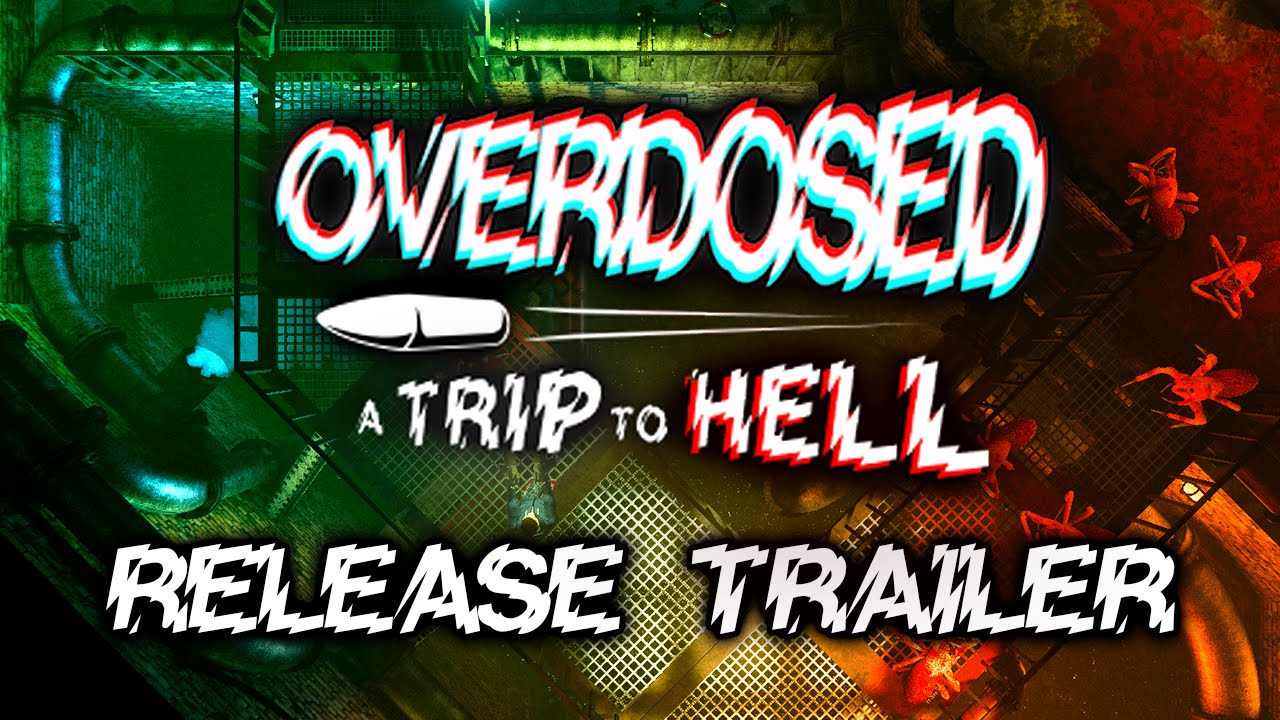 Overdosed brings you a safe and cost effective way to go on a crazy, drug-fuelled rampage! With an Uzi in each hand and wildly spewing bullets in all directions, your reflexes and wit will be tested in this frantic arcade style twin-stick shooter as you battle hordes of nightmarish hallucinations.

More About Overdosed – A Trip To Hell

Overview
Overdosed is a crazy fast paced, adrenaline fuelled trip to remember! In this top down shooter the player is on an intense experimental form of LSD and as a result they must battle against hordes of nightmarish creatures in randomly generated roguelike adventures and arena style levels. Basically run around with an Uzi in each hand wildly spewing bullets in all directions. Fun for all the family!

Influenced by the colourful craziness of Hotline Miami, Overdosed takes those run and gun elements and ramps up the intensity as you scramble looking for cash piles, ammo and more drugs while defending yourself against many terrifying enemies.

ADVENTURE
This is the main roguelike mode where the main goal is to progress through 5 randomly generated stages, each one with their own unique set of objectives to complete in order to progress. Every level will be different each time you play. Pickups like ammo/cash/drugs spawn at random locations which you must hunt for if you want to survive!

Once you die you go back to stage 1… however you can come back stronger! Adventure features a hub area where you can spend the cash you find on new weapons, permanent upgrades and ammo. So with each playthrough you will punch that little bit harder!

Adventure also features bonus objectives which reward you for tasks like kicking enemies down a pit of death or defending a giant mound of coke. It’s a risk/reward situation where you can make a quick buck or lose it all and perish under a horde of enemies.

ARENA
As you start with just Dual Uzi’s, fight increasingly frantic waves of enemies and earn points to purchase additional weapons and gadgets within the level. There’s no order of unlocks so you can play it your way and spend your points however you like. Each wave gets harder than the last with more enemy numbers and the introduction of new enemy types.

Features Steam Leaderboards, Achievements, Trading Cards!
We have integrated a steam leaderboard system for the arena/adventure stats so you can compare and compete with others around the globe to see who can reach the highest wave or get the fastest times!