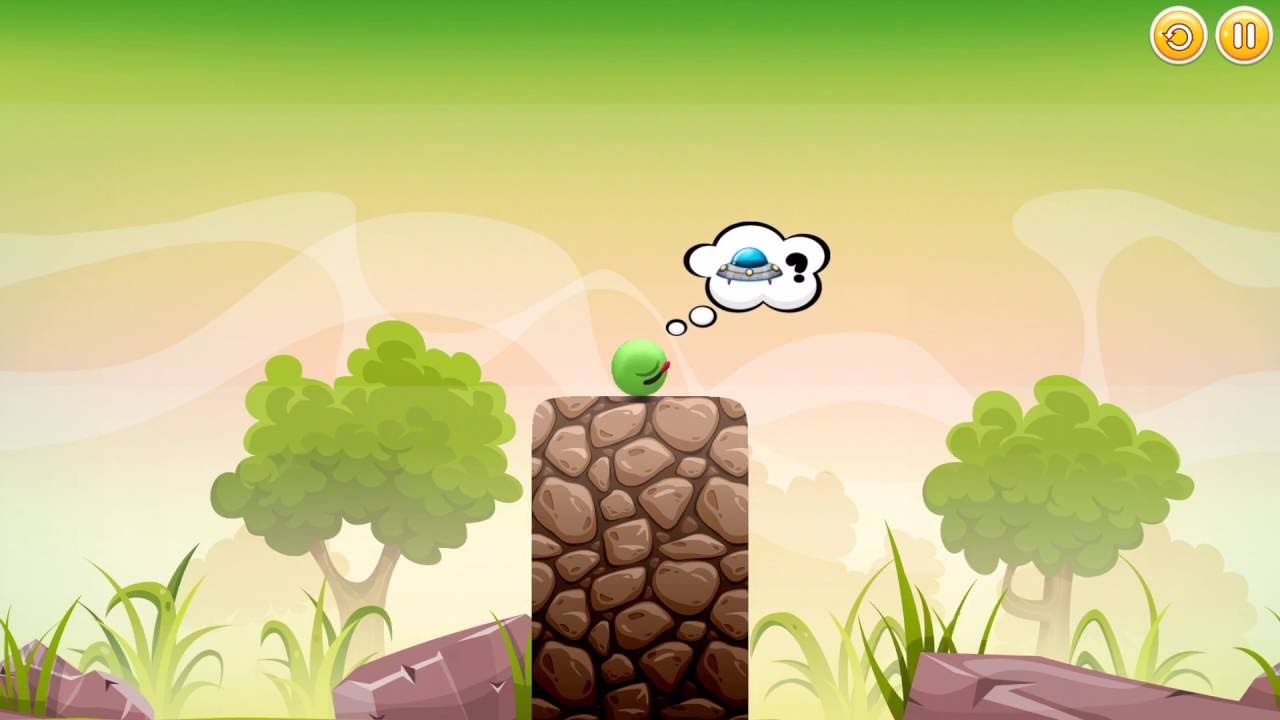 Independent developer Scheming Cat Software is excited to announce the release and immediate availability of Planet Flip for iPhone, iPad and iPod touch on the App Store. Players are challenged to guide Bob, a cute but forgetful alien explorer, back to his spaceship. However, each level is split across two planets and they can only teleport him to the same position on the “opposite” planet. So they’ll need to carefully plan his route, “flipping” back-and-forth between planets as they go.

Levels span a colorful variety of planets with different terrain, weather effects and screen orientations. Bob can fall “down” on one sideways planet and use his momentum to carry him past obstacles to the right on another. Or he can be teleported mid-jump into an underwater world and made to float back upwards before being flipped back again.

Once they’ve dealt with the basics, players are challenged to find their way past hostile aliens, delicately balance Bob on tiny ledges and skilfully propel him across one planet with the force of a giant space magnet from another. They can teleport other aliens out of the way and laugh maniacally as they send them off the screen. Or into solid rock. They’ll just need to be careful that Bob doesn’t suffer the same fate or have his spaceship stolen.

Planet Flip is available worldwide for $1.99 USD, with no advertisements or in-app purchases.