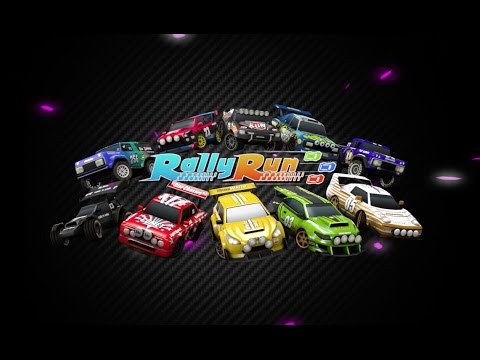 Games Faction is a two man studio based in Sheffield UK run by Malcolm Reed and Lee Hickey. The pair has been producing PC and mobile games since 2006, you may know them for the visceral run-and-gun fun of ‘Storm the Train’ (iOS and Android).

Their new title ‘Rally Run’ is released worldwide today for iOS devices as a free download. At first glance, it may appear to be an infinite lane changer, but that assessment falls someway short. The lane changing feels familiar, but add to that a unique nitro boost mechanic, rather pleasing drift controls and racing for times, not distance – suddenly you have something that feels different to anything else out there.

Getting started is straightforward. A well-timed tap during the launch sequence lurches the car forward with a boosted start. Swiping will change lanes on the straights whilst stroking the screen left and right in the corners will control the drifts as if you’re wrestling the steering wheel into submission.

Getting the best time is more involved. Cars are able to nitro boost up to tremendous speeds. Collecting a chain of pickups on track will trigger a boost but there are plenty of obstacles to outfox the best of players. Cars themselves have specific skills related to the environment, racing surface and pickup type. Matching cars to races is also a key to success. When you bring it all together you’ll set a blistering pace.

Collect the cars, hone your skills and drive hard – you won’t have raced like this before!

“For me, Rally Run is about the feel of the car on track. The controls must be intuitive and fun. When the game gets fast it’s got to come together as second nature.”, says Malcolm Reed, the Creative Director at Games Faction. “We’ve evolved what a lane changing game can offer with Rally Run and I’m really happy with the result.”