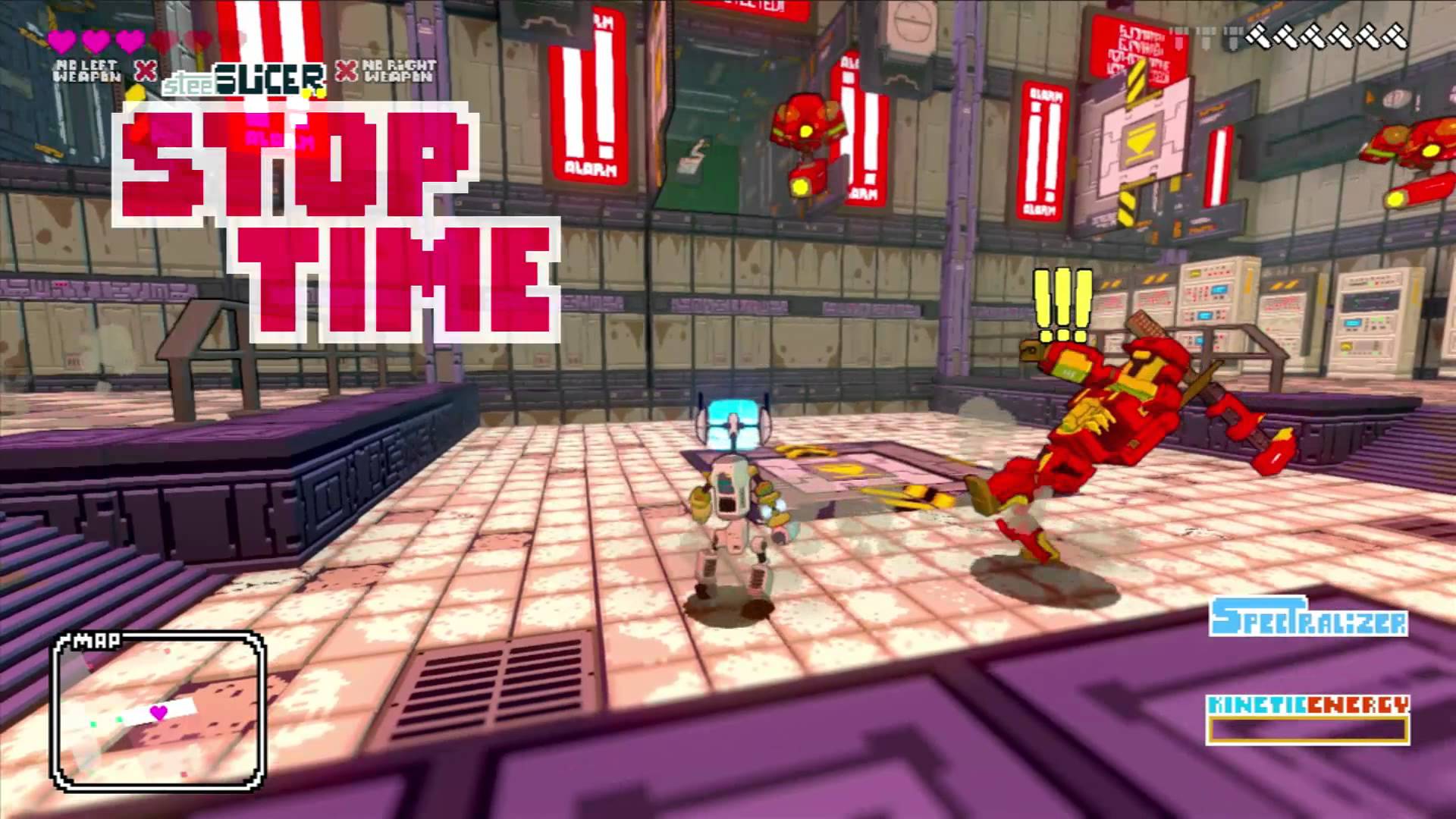 Publisher BadLand Indie and studio Aheartfulofgames announced today that Heart&Slash, a 3D brawler, roguelike robot love story will be coming to PC, Mac, Linux, Xbox One, and PlayStation 4 in digital format in the second quarter of 2016. A physical release is also on the horizon for Heart&Slash in Q2.

Heart&Slash follows Heart, a sentient robot fighting to escape the grip of the evil and all seeing machine QuAsSy (Quality Assurance Systems). Make no mistake, Heart&Slash is no walk in the park. Perma-death allows for a brand new, randomly generated, level each time you start over: a different set of weapons and items to use, new enemies to fight and secrets to explore. Heart&Slash offers players something new and challenging because it is not about mastering one system, rather adapting to what is provided and making the most of it.

Features:
•75 weapons and 60 equipment pieces to customize Heart and your play style
•3 worlds to explore and fight in
•perma-death with a persistent progression systems giving you more options as you play