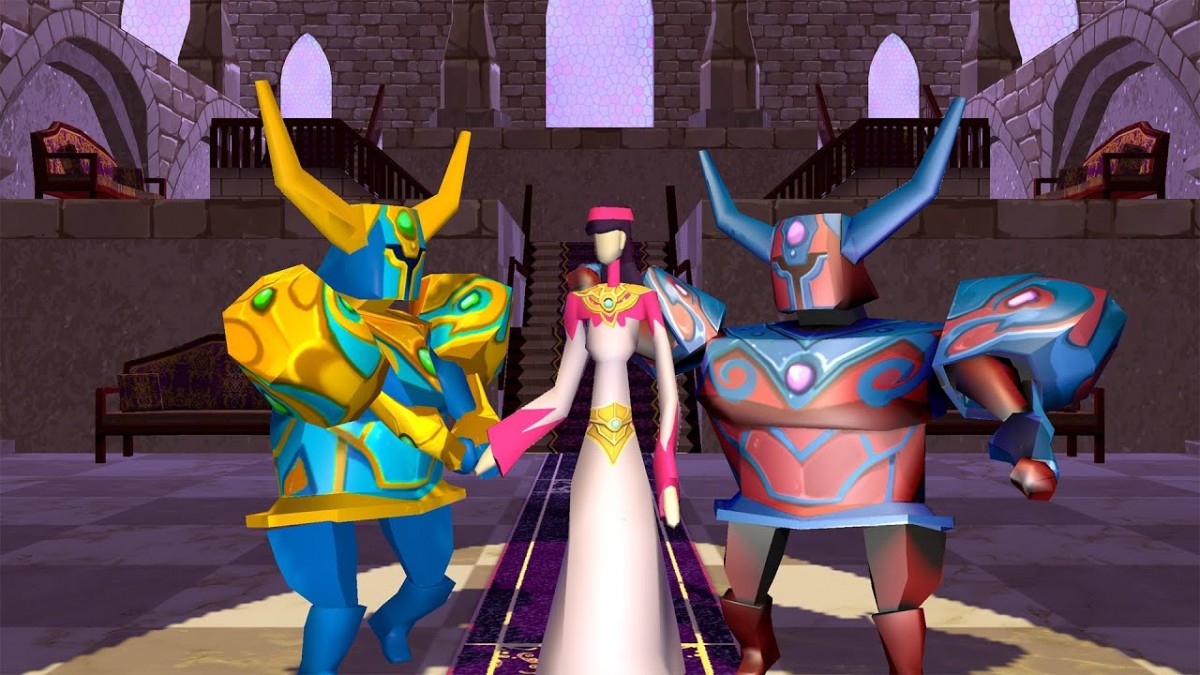 Roterra – Flip the Fairytale, the popular iOS puzzle adventure game is available on Google Play. Developed by woman-owned studio Dig-iT! Games and inspired by a 16thcentury epic poem, Roterra invites you to rotate, flip and spin your way through 80 hand-built mazes as you guide brave heroine Angelica to find the path to reclaim her throne. It is available as a free to play game with an in-app purchase to unlock the complete game (IAP price varies by country).

Set in a magical world where “up” is relative, Roterra is unlike any game you’ve played before. Players are calling the addictive puzzler “a mashup of Monument Valley and Lara Croft Go,” “Best game I’ve played in iOS” and “Excellent *spiritual* successor to Monument Valley.”

Rotate, flip and spin specially marked cubes to shift the ground and reveal pathways. You may need to walk across the ceiling or down a wall to find your way. Take your time and plan your moves: in this perception-challenging world, things are rarely as they seem, and the correct path is often not the most obvious one. In this jumbled world you may need dozens of moves to complete the path and escape the maze, but don’t worry about getting stuck: just flip a cube to find a new way out.

Roterra has been featured on the AppStore as Game of the Day in multiple countries and in Apple editor stories, including Games with Amazing Art and, most recently, in China for Featured Games for Mid-Autumn Festival since the iOS launch January 31, 2019. It currently has a 4.8 rating on the AppStore and consistently ranks highly for paid puzzle games. Roterra was selected for IndieMegabooth at PAX East and 2019 MAGFest Indie Videogame Showcase (MIVS). It was also a top game pick for January 2019 by MacWorld.

Once Upon a Time…

A daring princess defied stereotypes and took her fate into her own hands. Roterra is inspired by ORLANDO FURIOSO, a 16th Century poem about love, power and perception.

In Roterra, Princess Angelica must turn cubes to transform dead ends into doorways, toggle switches to reveal staircases and bridges, and even flip the world on its head to find the path and overcome the obstacles set in her way. The puzzles tell the story of a young girl, at first tentative with her newfound magic, growing empowered as she escapes from increasingly difficult mazes created by her power-hungry brother, Orlando.

Traversing the cube-shaped puzzle world of Roterra to regain her rightful place as Queen, Angelica discovers that sometimes the journey matters more than the destination, stereotypes are not to be trusted, and often the only way forward is to change your perspective.

How to Play Roterra

Roterra is easy to learn: tap, long press and swipe to turn cubes and complete the path. Flip a cube, or the whole world, to solve the puzzle. Many puzzles require help from other characters as Angelica learns that she is not as alone as she had feared, which requires the player to switch their view to that of their collaborator. Characters walk through dense forests, dark caves, giant castles and even over the edge of the world where gravity shifts with them and parts of the environment pop up and down.