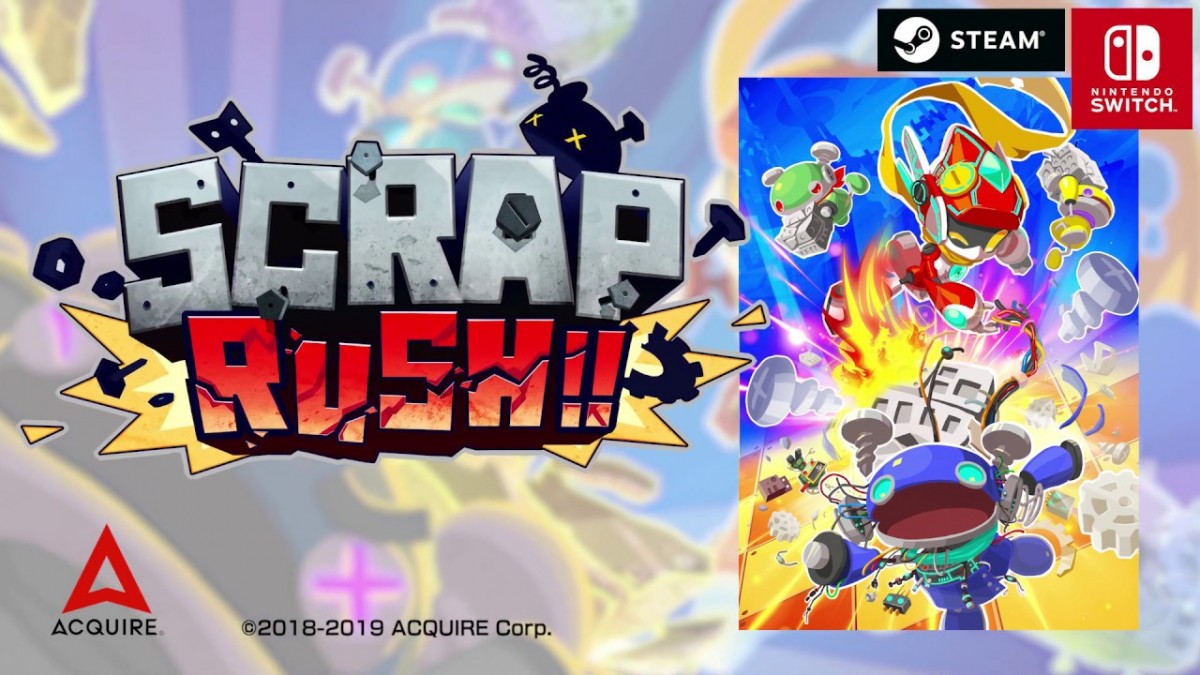 PQube and Acquire bring the Japanese maze-brawler SCRAP RUSH!! to Nintendo Switch and Windows PC (Steam)! The party game, where you launch blocks to squash other robots on a Bomberman-style board,  is now ready to challenge friendships with multiple PvP and coop modes!

SCRAP RUSH!! puts you and your friends into an arena full of metal blocks that might remind you of classics like Bomberman. Instead of bombs, you collect scrap, turn it into blocks, launch them in straight lines to crush your opponents between them and the wall to grab their scrap while dodging other players’ attacks! Depending on the game mode, last robot standing or the one with the most scrap wins.
More About This Game

On Planet Scrap, robots compete by gathering junk in this crazy battle!

The rules are very simple yet very addictive.

You can play solo or in up to 4 player mode on local multiplayer.

Choose solo play or coop with friends to beat stages on Challenge Mode.

If you want to absorb the game deeply solo, try Scrush mode to test your crush action
skills.

Unlock items such as the gimmick block and the game will be even more fun!