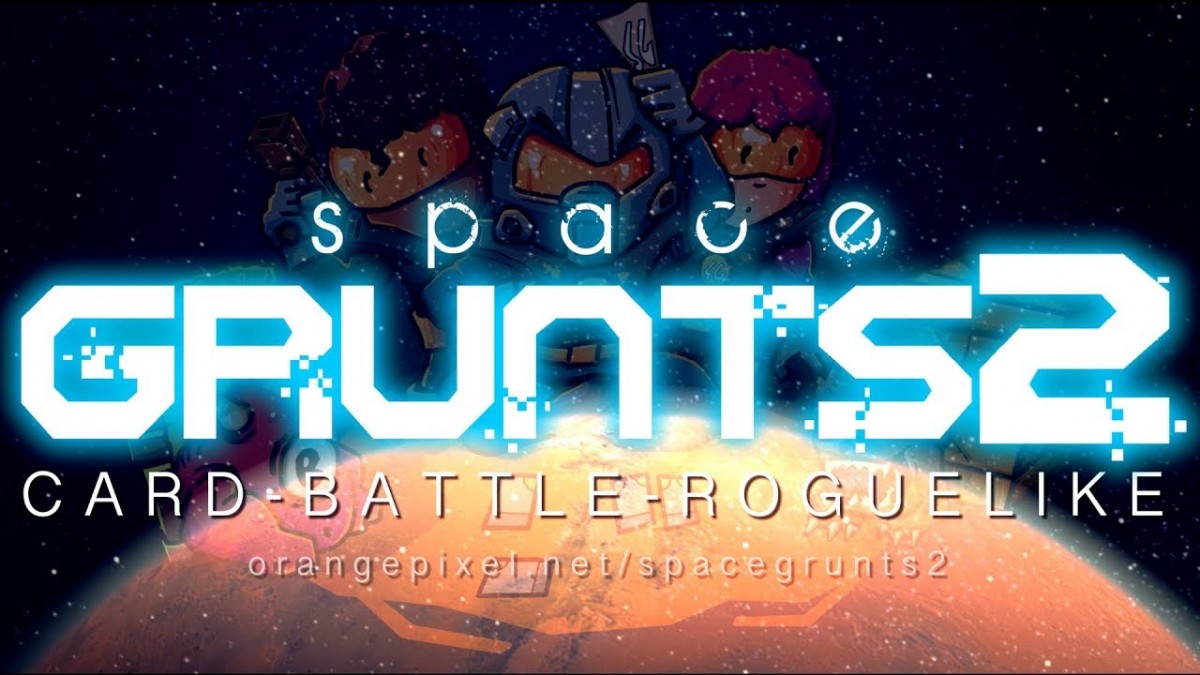 After a long journey through space, the Dutch, “crew of one”, team behind Orangepixel finally decided to release and land Space Grunts 2 onto Android, after a successful adventure into iOS regions and an interesting build up through Steam Early Access.

Space Grunts II combines some of the fastest turn-based gameplay with card-battling in a 1950’s sci-fi setting.

So what is it? what’s the HOOK Captain?

Every consumable or weapon you collect in the turn-based top-down view is a card in your deck. When you encounter an alien, you’ll get to use your deck of cards in a short and sweet card battle to the instant-death!

The first Space Grunts was one of the fastest + turn-based games around (!) , and got a lot of acclaim on PC, iOS and Android.  For the sequel I kept all that great turn-based action, but spiced it up with a card-battle mechanic!

Captain, the gameplay in this one is interesting

Space Grunts is a proper turn-based rogue-like, minus the ASCII visuals! The turn-based part being instant, so if you want to play a quick game, this turn-based game can be played as an almost real-time action game!

Levels are procedural, including the small things like “plant-spore effects” being random on every new game session, and random events will spice up your game every now and then (comets dropping onto the surface, planet heating up so spontaneous fires bursting out everywhere, Infestation on the planet, and many more).

Alternate routes are available to be discovered, bringing you to different areas to find extremely rare cards which you can use in your games.