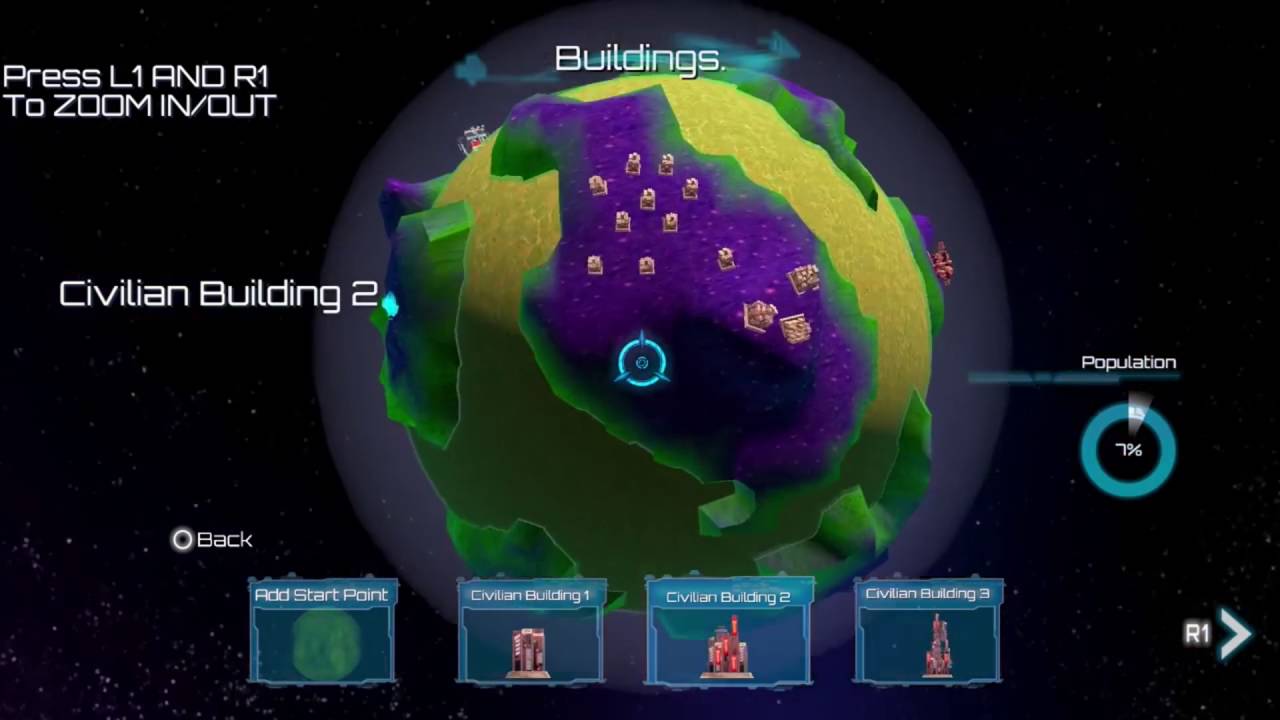 Space Overlords, a community-based planet creation game, will debut on Playstation platforms beginning in early December. The game will release on the PS4, PS3 and PS Vita.

Space Overlords will allow players to name their own galaxy, and create their own system of planets. Starting by selecting from multiple planet base options, such as forest, concrete and metal, the player can build upon this foundation. By entirely customising each planet’s population, buildings, atmosphere type and more, players truly become Space Overlords. Take a look at the brand new video which details the galaxy creation system.

Having crafted a planet, or even a solar system, players will be able to upload their creations for the rest of the community to set foot on. Having this Little Big Planet-style community hub means that countless levels will be available to players. Levels created and uploaded on any platform can be played across all versions of Space Overlords.

So what do players actually do when they land on a planet? Choosing from an array of hulking Space Overlords with unique powers, players rampage across entire 360 degree planets. Trampling on buildings and attacking massive weapons is the player’s goal, decimating planets completely.