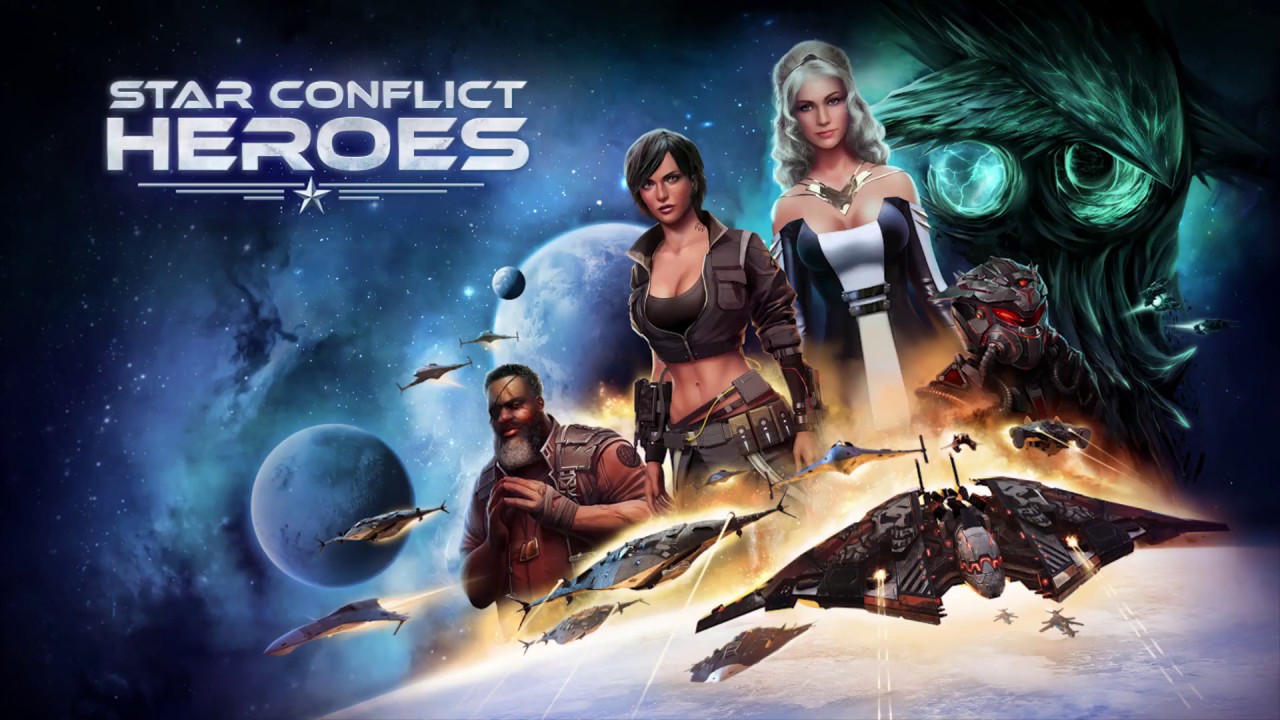 New Space Action RPG for iOS lets players assemble their own armada of spaceships and fight to save the universe!

Targem Games and Gaijin Entertainment have announced the release of Star Conflict Heroes, a brand-new Action RPG available for Apple mobile devices. Set in the vast distances of outer space, the game challenges players to expand and upgrade their fleet of spacecraft and fight to save the universe. Players will battle ruthless space pirates, relentless alien invaders as well as other pilots that entered the race for galactic supremacy. The game is available today as a free download in the Apple App Store, with a version for Android devices to be released later.

In Star Conflict Heroes, players must devise a tactical course of action in order to conquer their enemies, from the strategic selection of starships from their fleet through the execution of precise combat during battles. As they clash with their rivals, players can field up to four starships from their armada, each featuring varying strengths and abilities. In total, more than 30 types of battleships can be unlocked and dozens of technologies can be used to further improve their performance.

Star Conflict Heroes offers a variety of different game modes. In ‘Campaign’ mode, players journey through mysterious and otherworldly places in our galaxy on a quest to discover the secrets behind an ancient alien civilization while collecting an armada of starships along the way. ‘Portal’ allows players to travel the exotic alien dimension, face off against waves of ever stronger aliens and hunt for rare and powerful technologies. Players can test out their armada against various tactical challenges in ‘Pirate Battles’, allowing them to learn effective uses for all starship classes under their command.

Star Conflict Heroes multiplayer experience, ‘Arena’, pits the fleets of players against each other in asynchronous battles. Victorious commanders will not only rake in valuable rewards and prestigious awards, but also rise on the leaderboards to galactic glory and fame.

Start assembling your armada today, by downloading the game for free in the Apple App Store.