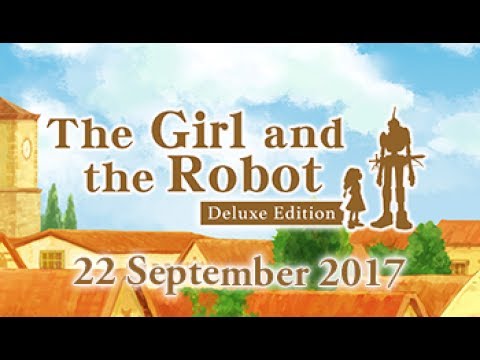 SOEDESCO announced that 3D action adventure puzzler The Girl and the Robot gets a boxed deluxe edition. The game releases for PS4™ on September 22, 2017.

The Girl and the Robot is developed by Montreal based studio Flying Carpets Games. The game’s deluxe edition comes with a copy of the game’s original soundtrack, composed by Eiko Nichols. She is also responsible for the soundtrack of SOEDESCO’s previous release: EARTHLOCK: Festival of Magic.

Award winning story
The Girl and the Robot offers an award winning story set in a fairy tale world. It tells players the tale of a new found friendship between a young girl and a robot. Their bond immediately gets tested when they both try to escape the clutches of an evil witch. The game is heavily inspired by classics such as Legend of Zelda and Ico.