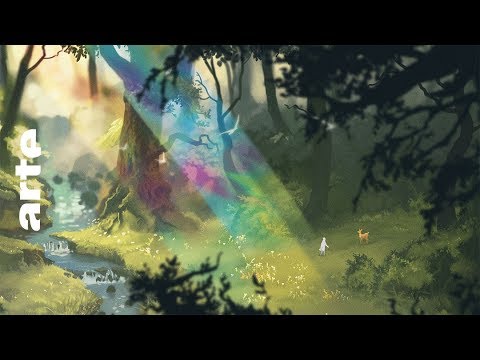 Publisher and co-producer ARTE and indie game studio La Belle Games are pleased to announce that their recently released production for Steam (Windows, Mac), The Wanderer: Frankenstein’s Creature is now available on iOS devices, with the Android release to follow. The Nintendo Switch™ system version is scheduled to launch in Q1 2020.

In The Wanderer, Frankenstein’s creature is not the pop culture icon more commonly known, rather an empty soul, one that has not yet turned evil or good.

How will you choose to react to a frightened mob? Anger? Sadness? Fear? It’s these decisions that will determine not only the creature’s fate but how the world looks and sounds as he travels through Europe with no knowledge of where he is or why he is. This journey is emotional and challenging for both the creature and the player as beauty and kindness are often followed by darkness, despair, and hate.

Mary Shelley’s story, reimagined by you, unfolds like a painting in La Belle Games’ handcrafted watercolor environments inspired by the Romantic era. Vibrant tones accent the creature’s positive emotions and an ominous dark palate takes over with negative feelings, highlighted by a moving soundtrack. Multiple endings await for those who want to experience the creature’s journey from a different perspective.

Players can now experience The Wanderer: Frankenstein’s Creature on iOS via the App Store for $3.99 / €4.49 / £3.99. The game is available in English, French, German, Italian, and Spanish. A launch date for the Android version will be disclosed at a later date.