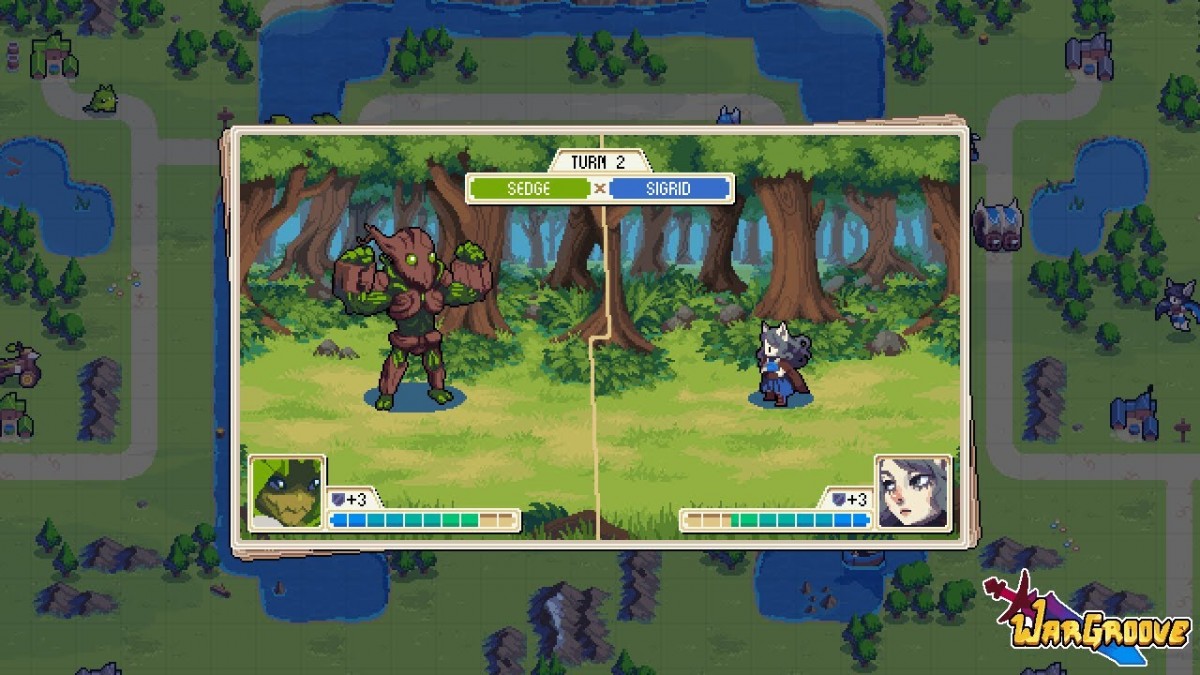 Publisher and Developer, Chucklefish announced that the hit indie strategy game, Wargroove, is physically available in stores globally on PlayStation 4 and Nintendo Switch.

Teaming up with retail publisher and distributor, Sold Out, Chucklefish will be releasing a special ‘Deluxe Edition’ of Wargroove, including:

The DLC will be launching at the same time as an upcoming patch which will also include balance adjustments to a number of units and Commanders.

Wargroove is a strategy game for up to 4 players! Choose your Commander and wage turn-based war on battling factions. Design and share maps, cut-scenes and campaigns with easy-to-use editors and in-depth customization tools!

When war breaks out in the Kingdom of Cherrystone, the young Queen Mercia must flee her home. Pursued by her foes, the only way to save her kingdom is to travel to new lands in search of allies. But who will she meet along the way, and what sinister challenges will she face?

Wargroove initially launched on February 1st 2019 to critical acclaim, and is now available digitally across Windows PC, Nintendo Switch, Xbox One and PlayStation 4 for USD $19.99, EUR 16,99€ and GBP £15.99.