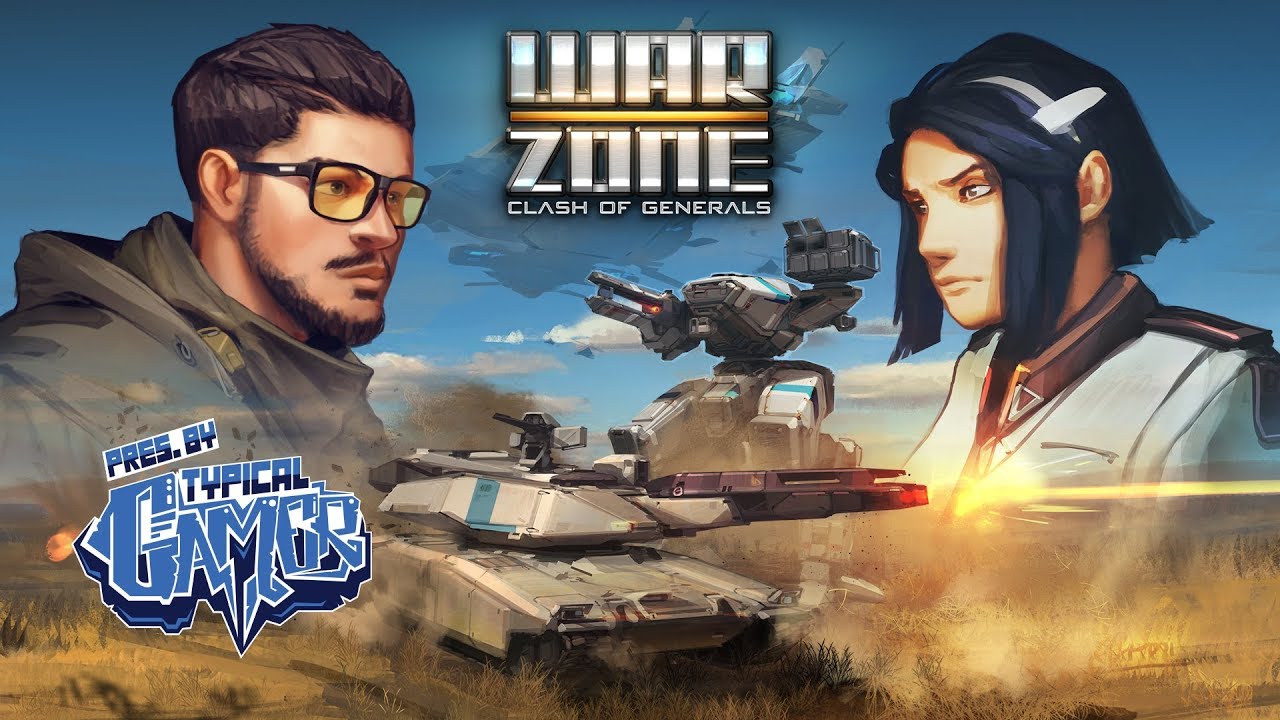 A exciting PvP strategy game with a unique hero system
Stratosphere Games’ PvP strategy game “Warzone: Clash of Generals” sets itself apart from other mobile PvP strategy titles with its unique hero system that offers players a wholly different and individual control over their strategy. By choosing the right general out of the seven available, each with they special ability and super unit, players can quickly turn the tide and transform a crushing defeat into a dashing victory. One of these heroes is modeled after American Youtuber Typical Gamer himself with his massive Super-Truck “The Burner”.

Big Tanks, powerful Mechs and massive super units dominate the battlefield
With over 60 units, buildings and air strikes, three completely different game modes and the addition of the new clan base system, Warzone: Clash Of Generals offers nail-biting PvP battles and a huge single player campaign. Perfect for mobile, you just need to drop units on the battlefield and let the cannons, lasers and machine guns do the talking. It’s easy to learn and hard to master.

Get a special release pack with Sony Xperia
In a cooperation with Sony Xperia we are happy to give every Sony user that downloads Warzone: Clash of Generals a special $25 starter pack. Just download via the What’s New and Sony Select app and get a guaranteed headstart of gold, gems and a Division Box. There is no better way to start your Multiplayer experience.

Play Warzone on your PC with Facebook Gameroom
For all players who prefer playing on PC with up to 200 FPS, Stratosphere Games also releases a Facebook Gameroom version. Just head to Facebook Gameroom, download the enhanced PC build, enjoy the widescreen display and cross-play with all the other platforms.