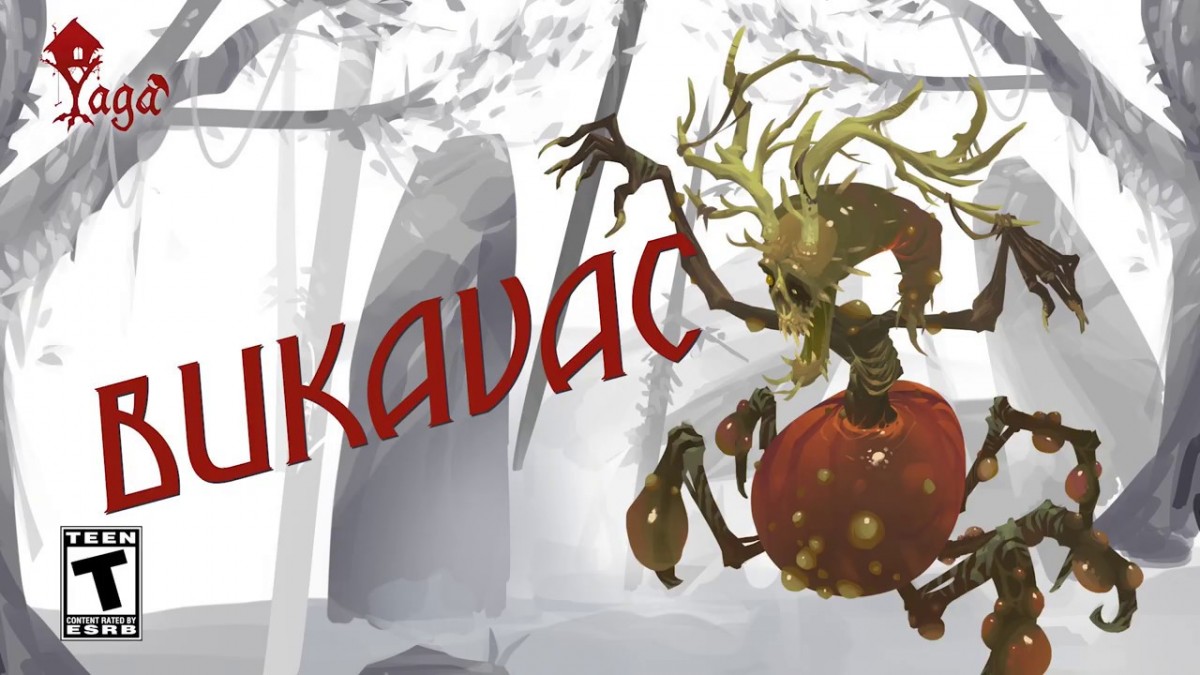 Yaga tells the story of Ivan, a one-handed blacksmith with incredibly bad luck, who must take on the impossible tasks given to him by the tzar. All the while the mysterious witch, Baba Yaga, watches over Ivan’s fate as he Smashes and clobbers a variety of nefarious monsters and legends inspired by Slavic folk tales.

In Slavic legend, the Bukavac is a six-legged horned demon that lives in bodies of water. They emerge at night to make loud noises. They’ll jump on animals and villagers, crushing and strangling them. They’re evil, strong, violent, and not really not more complicated than that. Though if one were to offer help to Ivan, he might want to take them up on the offer…