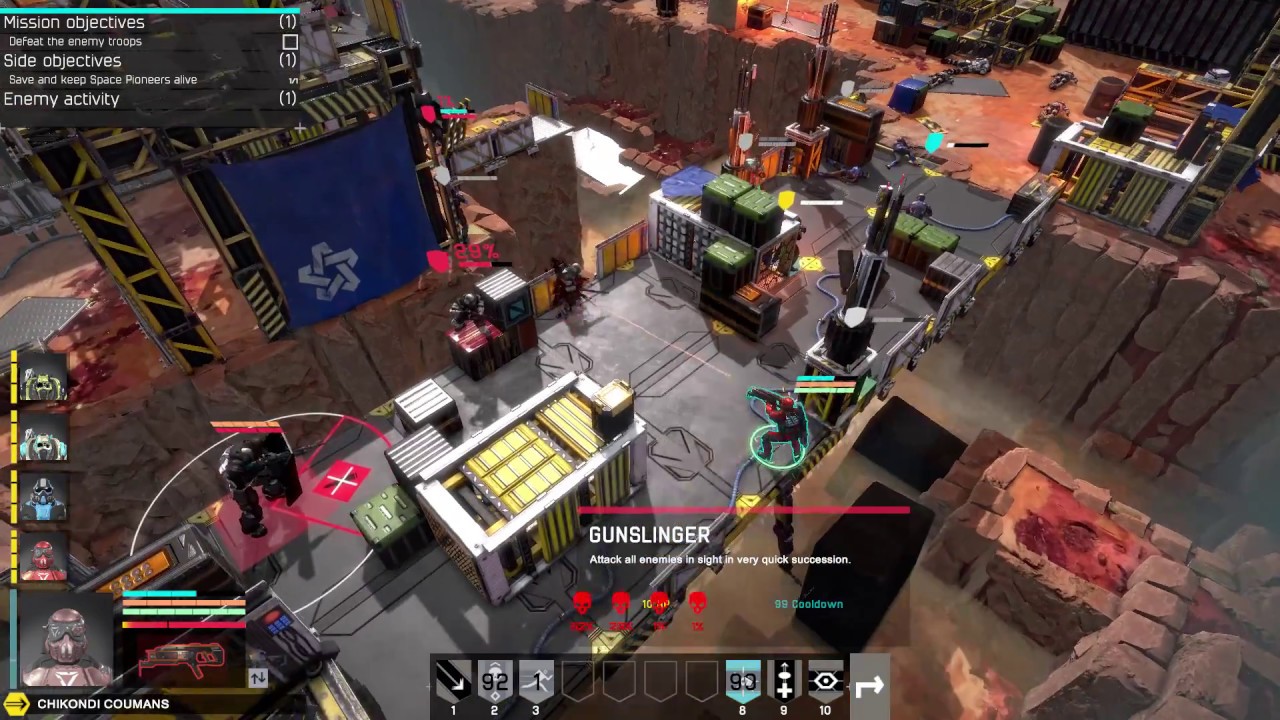 While searching the hostile world for alien technology you lead your team into tactical combat against pirates, alien creatures and the troops of the Imperial Consortium. Set up outposts and dig sites to exploit the secrets that this new world holds, in order stand against the incoming invasion. Everything is out there for the taking, but nothing will come free.