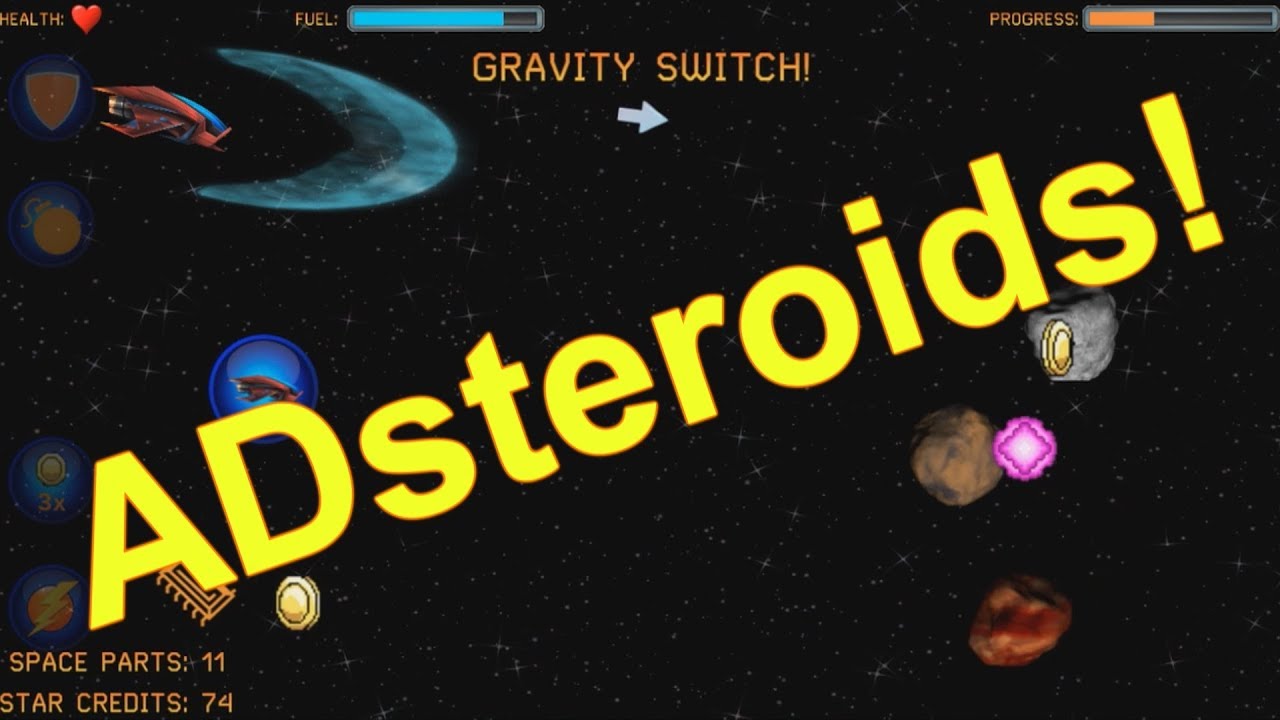 Take flight across the galaxy to unravel the mystery behind the increasing number of asteroids. You’ll also run into the interstellar ad billboards being produced by the notorious Professional Advertising Intergalactic Network, also known as P.A.I.N. Could they have anything to do with the dangerous asteroids?

You’ll be piloting a state of the art spacecraft…that doesn’t have any weapons. Star Credits will be earned for each successful mission allowing you to purchase additional ships. Each one can be upgraded with additional abilities and power-ups. If you can collect enough space parts along the way, you might even be able to craft an automated drone to fly by your side.

ADsteroids couples accessible 1-touch controls with an increasingly challenging level design. Instead of being randomly thrown around, advertisements are a part of the story line and they never hinder game play or detract from the experience of the player. An engaging, ridiculous plot develops as you play with plenty of humor throughout. 100+ levels, upgradeable ships, drone crafting, and side missions combine to offer many hours of mobile entertainment.

Download now from the App Store and Google Play.