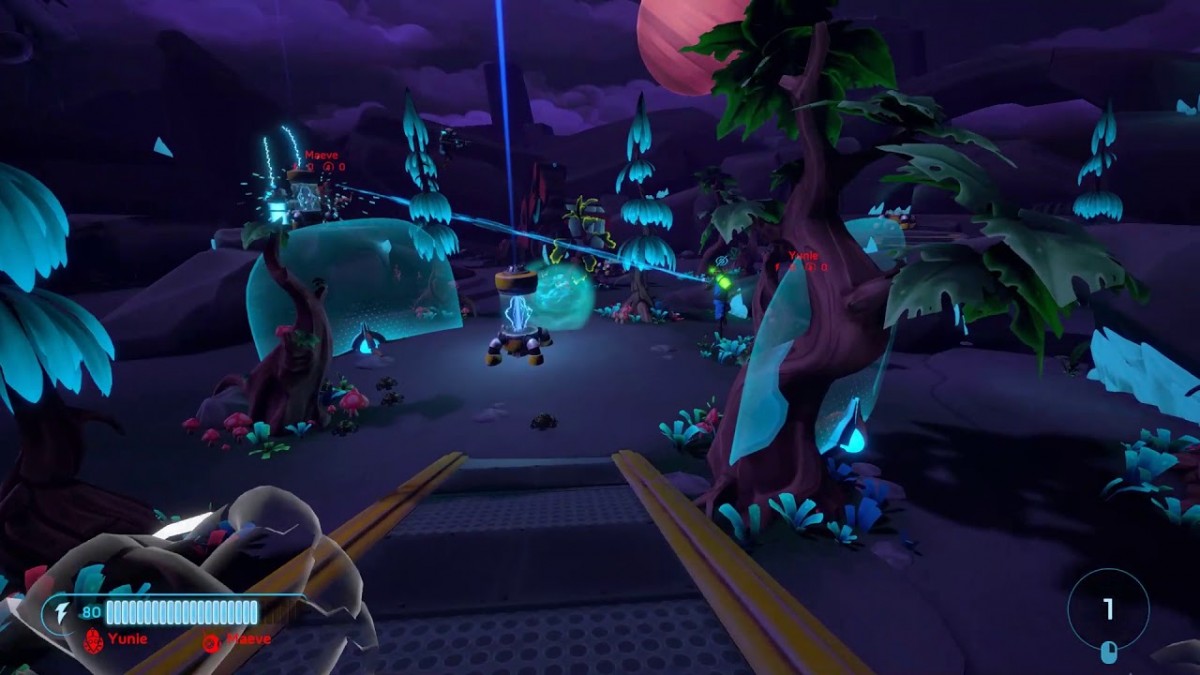 Chainsawesome Games, the Quebec-based Indie game studio behind Knight Squad — and a judges pick in the 2018 Ubisoft Indie Challenge, launched their strategic 3v3 team-based shooter Aftercharge for Windows PC via Steam and Xbox One and Xbox One X through Xbox Live. Through online cross-platform play between the Windows PC and Xbox One versions, and three-way cross-platform play with the upcoming Nintendo Switch version, players can put their skills to the test in electrifyingly fast-paced matches that pit invisible robots against an onslaught of invincible security enforcers, regardless of platform.

Players can get acquainted with the unique mechanics of Aftercharge before jumping in by watching the all-new Invisible Robots 101 gameplay trailer. This crash course video focuses on the best tactics the offensive team — the invisible workinics robots — can use to overthrow their invulnerable, gun-toting oppressors.

Stranded and isolated for decades by the very corporation they were built to serve, the discarded robot workers — the workonics — are ready to exact revenge upon their oppressors, the power-hungry Aftercharge Corporation. Harnessing their power of invisibility, they must work together to overthrow their invincible former masters.

Suited for multiple play styles, players can choose one of ten unique class-based characters, from either the workonics robots or deadly Aftercharge Corp. security enforcers. Teams of three must either destroy or defend the coveted energy extractors scattered across the various maps available in Aftercharge — moving invisibly, creating distractions, or going into full “seek and destroy” mode by unloading on foes with hard-hitting weaponry. Quick competitive rounds that require careful planning and strategy to achieve success will keep players’ blood pumping!

Aftercharge is available on Windows PC via Steam and on Xbox Live for Xbox One and Xbox One X and will release soon on Nintendo Switch — enabling three-way cross-platform play between all supported platforms.