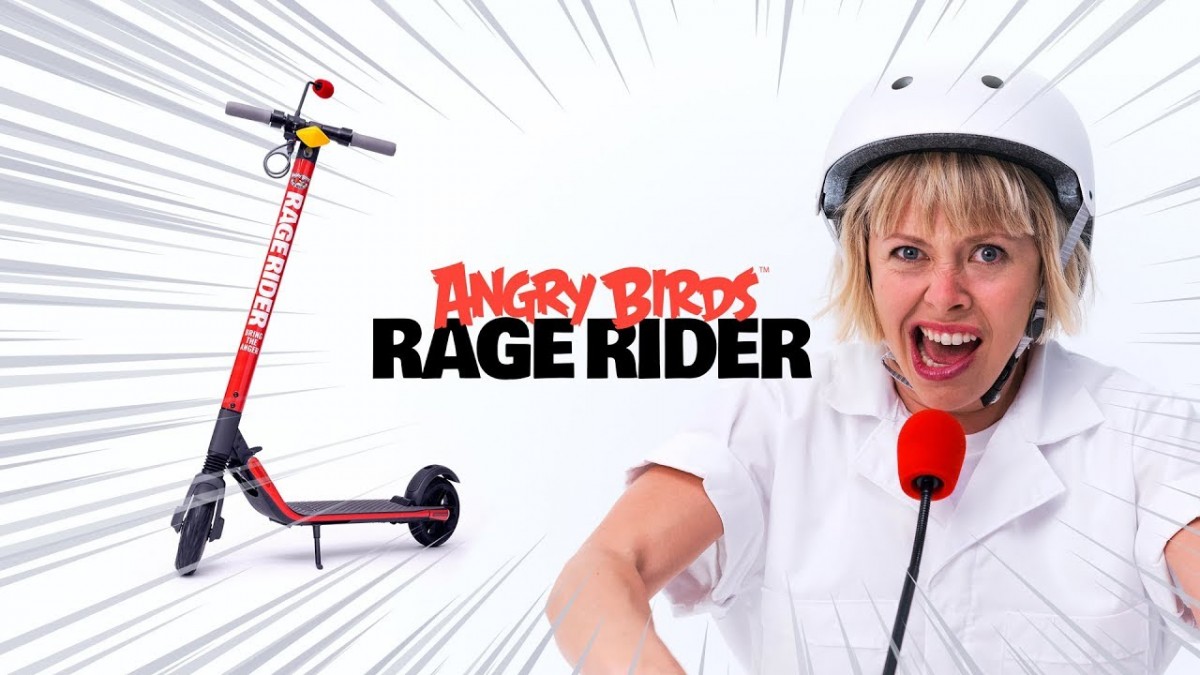 Since the original Angry Birds debuted nearly 10 years ago, the beloved mobile game and its many hit follow-ups and spin-offs have been downloaded over 4.5 billion times collectively. Today millions of people around the world each day play an Angry Birds title. With the official 10th anniversary coming on 11 December 2019, Rovio Entertainment has kicked off the celebrations with a new campaign – titled “Bring the Anger” – that aims to show how anger can be converted into positive action!

Featuring multiple events that roll out from now through December, #BringTheAnger, created in partnership with Droga5, part of Accenture Interactive, launches today with the reveal of the Angry Birds “Rage Riders”, a custom line of voice-powered electric scooters that go faster the louder you vent. These exclusive scooters are engineered by Spin, the Ford-owned micro-mobility company. While the Rage Riders are not available to the general public, fans can see them in action via the reveal video or through the campaign’s “Squawk Squad”, consisting of popular YouTube creators like Tanner Fox, Team Edge, and Destroying. The first adventures go live today.

In addition, Rovio – through its Angry Birds 2 mobile game – has teamed up with one of its existing partners, UNICEF Finland, for a new in-game event encouraging players to pop as many pigs as they can throughout November to promote good around the world. The event will culminate in a $100k donation to UNICEF’s Education in Emergencies fund, which supports education for children in conflict zones and other emergencies across the globe. Players do not need to donate any money in game to participate — they just need to play! Members of the Squawk Squad will also be driving their fans to support the event.

And that’s just the beginning! Rovio is closely guarding the details of a new public event that will be unveiled in New York City’s Times Square on 21 November 2019. The attraction will feature an innovative device specially designed to give locals and tourists a chance to convert their anger into something good… and rest assured, it can take a venting, but the outcome will be worthwhile!

Angry Birds 2 on the App Store and Google Play Store