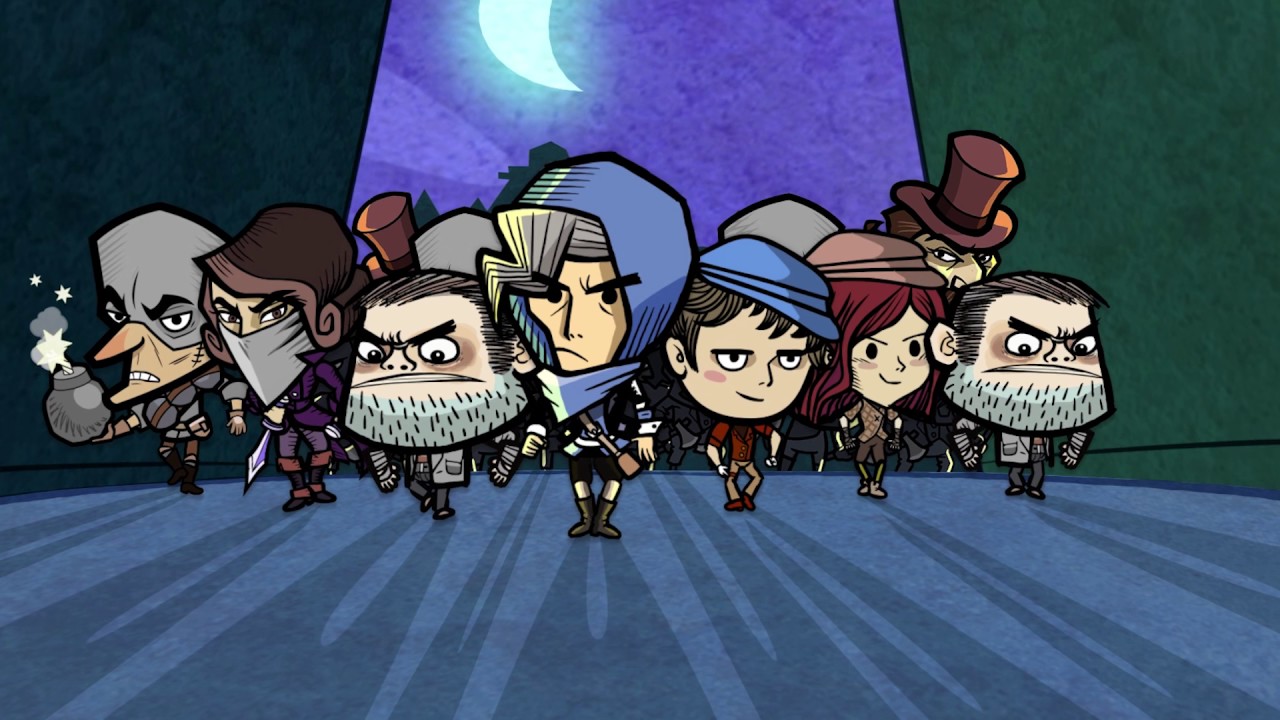 Independent video game publisher Versus Evil, in partnership with independent developer Tim Conkling, have announced that strategic digital board game, Antihero, is now available on PC and Mac, with a mobile version launching later in the year. Set against the backdrop of a gas-lit Victorian underworld, players assume the role of a Master Thief, and employ underhanded and ruthless tactics to dominate the city and outwit their opponents. The game includes a story-driven single player campaign and a Skirmish-vs-AI mode to help would-be thieves practice their skulduggery skills before going face to face with online opponents.

Antihero also includes two online game modes. ‘Casual Matches’ are asynchronous affairs – players can take their time to their next move, and have multiple games running simultaneously. In ‘Live Match’, players face their opponents in real-time, with a turn-timer upping the pressure dramatically! Experienced thieves can set up custom “House Rules” to tailor matches to their tastes.

“Antihero is the archetypal turn-based strategy game but with a distinct art style and deviously crafted game experience. It requires a healthy dose of cunning strategy and forward thinking to outsmart your opponent,” commented Versus Evil General Manager, Steve Escalante. “The game suits a variety of play styles, from the tactical and methodical chess-like pace to a full-on strong arm approach, muscling in on your opponent to make this a very competitive game.”

In Antihero players can test their thievery skills in a gas-lit Victorian underworld overrun by corruption and greed, your task is to manage your thieves’ guild, recruit street urchins, hire gangs, steal everything… and bribe, blackmail and assassinate your way to victory! Resource management is key to growing your guild and utilizing your nefarious assets as you set about your dastardly deeds. Spend your ill-gotten riches to hire new recruits such as thugs and saboteurs to disrupt your opponent’s progress and dominate key ground, upgrade your thieving skills and acquire deadly weapons to give you the ultimate edge. Gold is a thief’s best friend!

About Antihero
Developed by independent designer Tim Conkling, Antihero is a single- and multiplayer strategic digital board game set in a gas-lit Victorian underworld. Players use stealth, cunning, and the occasional assassination to build the most powerful thieves’ guild in the city. Winner of the Whippering Indie cup in 2015 and Finalist in the Google Play Indie Festival in 2016, Antihero has been in development for 4 years, and has appeared at numerous trade events including PAX, Gamescom and GDC. The game was also a 2016 Indie Plus finalist and received an honorable mention for ‘excellence in design’ at the Independent Games Festival in 2016.