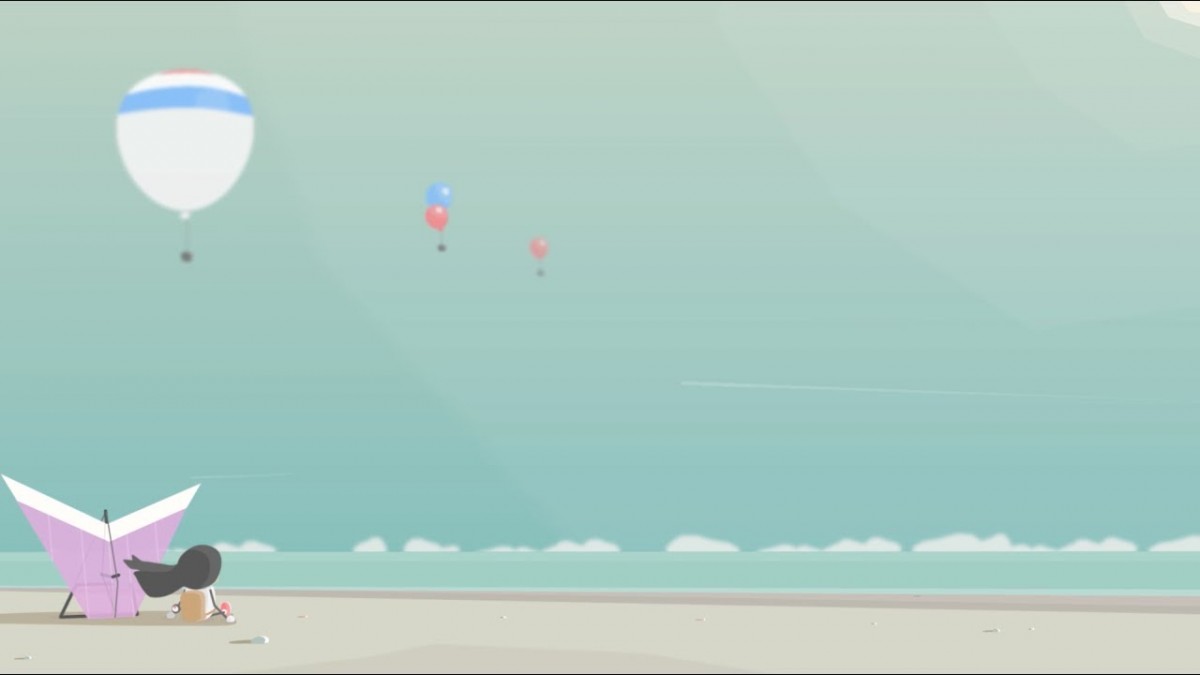 London-based publisher PlayStack announced the release of Ava Airborne, the latest game from multi-award-winning UK indie studio Laser Dog, described by its creators as “our most ambitious game to date”.

Featured as one of The Guardian’s 12 favorite games from EGX 2017, Ava Airborne is set in a beautiful seaside landscape and stars a tenacious free-spirited girl called Ava who believes she can fly. Players keep Ava’s dream aloft with an assortment of weird and wonderful improvised contraptions, from a jet-powered saxophone to an aerodynamic chicken suit.

Boosted by the occasional cannon and random trampoline, Ava will leap and soar across the game’s gorgeous, ethereal skyline – though it’s not all plain-sailing. Hidden dangers are scattered across the pastel scenery, and players will need to divert Ava from looming bomb balloons, laser tripwires, and even flashes of lightning.

Ava Airborne is the sixth title from two-man Leeds outfit Laser Dog, which was founded in 2013 by Simon Renshaw and Rob Allison. Each of the team’s previous games have won various accolades, from the iTunes Editors Choice Worldwide (PKTBLL) to the iTunes Indie Game Showcase (ALONE).

“Ava started its life as a simple prototype on a train ride to Leeds,” said Rob Allison. “We both fell in love with idea and began working on it as soon as we were back home. It’s definitely been our most ambitious game to date.”

Simon Renshaw added: “My original sketches of Ava took just 5 minutes, I knew exactly who I wanted to draw and I loved her instantly, but building her world has taken nearly a year. We’ve never before spent so much time building a game, but I’ve enjoyed every minute!”

Ava Airborne is the latest title from London publisher PlayStack, which formed in 2016 and has gone on to release various hit titles on iOS, Android and VR platforms. Last year the publisher released Snipers Vs Thieves, which went on to accumulate more than 14 million downloads.

“Ava is a new direction for Laser Dog, but one that completely complements their passion and ethos,” said Harvey Elliott, CEO of PlayStack.

“Through Ava they tell a story of a brave young girl who isn’t afraid to try, teamed with enchanting gameplay – resulting in a title that we passionately believe in and can’t wait for the world to see.”

Ava Airborne is available now on the App Store worldwide.