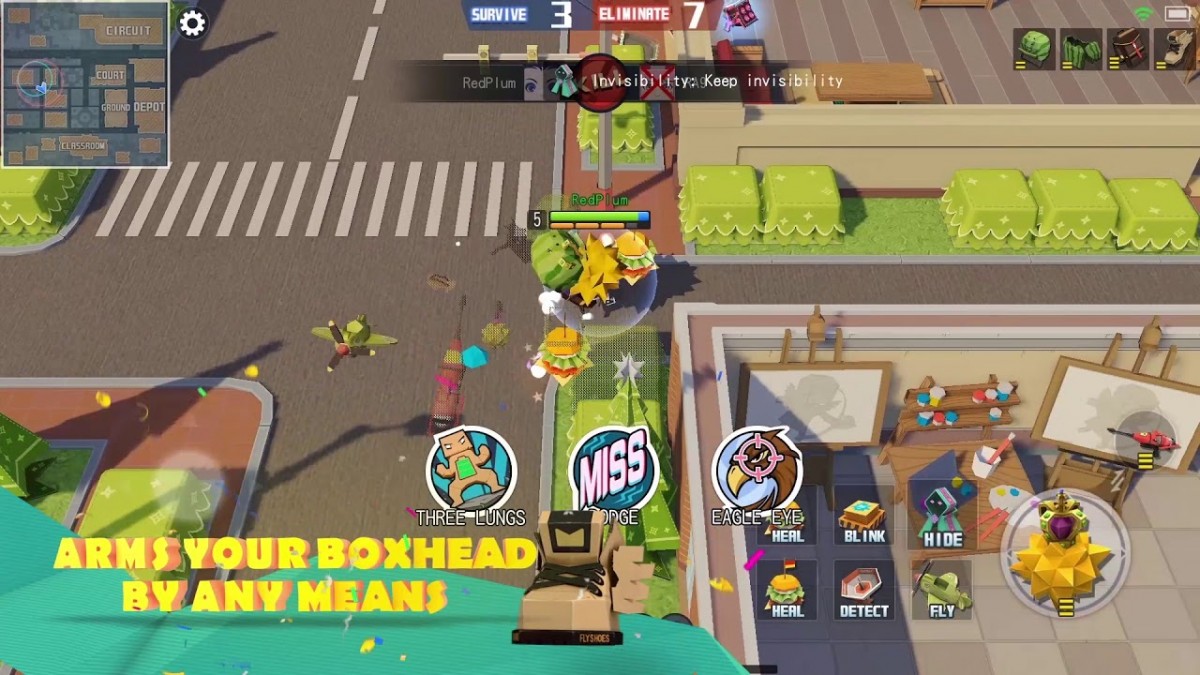 Cartoony Cardboard Art Style
The art style of Cardboard Clash is colorful and fun to watch. Players can create their characters using all kinds of different cardboards and then paint them as they wish. It’s up to you to build cute ones, handsome ones or exotic ones. The game puts a strong emphasis on user-generated content and offers a wider variety of options for character design. Many of the objects and terrains are destructible, making it enjoyable to explore the map.

Intense and Versatile Gameplay
The game is more of a 3D top-down shooter than a third-person shooter. With destructible objects and terrains, Cardboard Clash has much faster-paced matches and shorter match time for the hide and seek with campers. The two on-screen joysticks bring a more accurate and responsive control of characters and smoother aiming. The combination of various weapons and skills with different features makes different playing styles possible.

Cardboard Clash is going to impact the Battle Royale game world with its innovative art style, responsive control, and beginner-friendly gameplay. It is a game for not only the hardcore veterans, but for the players who are new to Battle Royale. They can all have a lot of fun playing it. Come build your Cardboard Heroes!