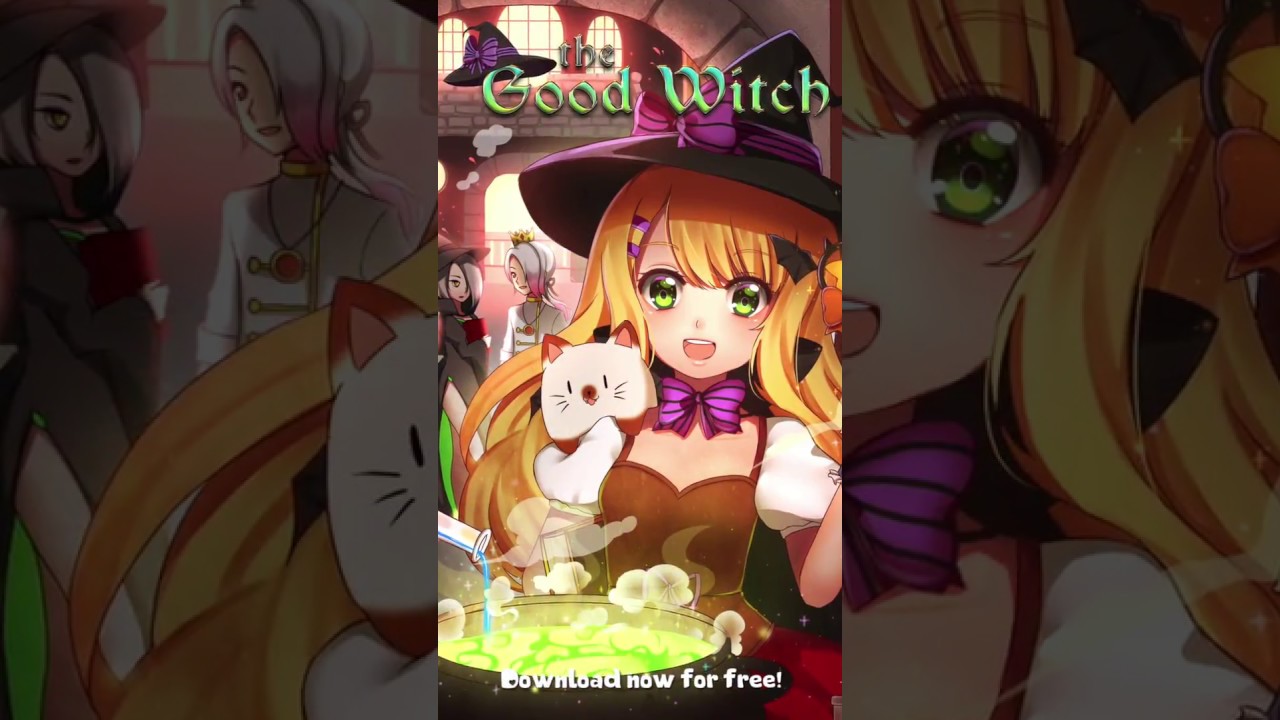 “We love playing Match-3 type of games, but we wanted to give our take on the genre” said the team behind PolyCrunch Games. “Adding cute lovable characters coupled with a magical narrative adds to the gameplay of The Good Witch and keeps the player to know more of what’s going to happen next as they progress through the levels. Here’s a glimpse of the story:

Set in a fantasy version of Napoleonic and 19th century central Europe, the game revolves around the journey of Alice and her familiar Pimkin.
By tradition, every newly-crowned king in the land of Merci Beaucoup elects a Good Witch to uphold Good Magic and protect his kingdom. For a hundred years, under the rule of four different kings, the magically long-lived Witch Malfi has retained this status – whether by merit or by some more sinister means, no-one knows. But when the new Crown Prince, Marzipan the Third, takes the throne, he is eager to break with tradition and bring new ideas to Merci Beaucoup, not least in the domain of magic. Upon a visit to the Witch Academie, he impulsively singles out Alice, a talented but inexperienced trainee witch. To everyone’s surprise – not least her own – he says she has the freshness and energy that Merci Beaucoup needs, and proclaims her to be the kingdom’s new Good Witch. Needless to say, Malfi is less than pleased at losing her long-held status, and vows revenge against the Crown Prince and the young upstart. She casts a curse on the land, turning the people of Merci Beaucoup into horrible monsters. It’s up to the new Good Witch to set things right, and journey across the land, using her magic abilities to reverse the witch’s curse, together with her familiar Pimkin.”

Players will enjoy concocting different potions by collecting magic ingredients to uncurse each level’s monster as they progress through the towns and reach the top of the leaderboards. The Good Witch: Magic Puzzle game will also attract players in through it’s cute chibi-style characters and monsters, coupled with a unique narrative, a twist-filled magical plot which unfolds as the player uncurses the poor citizens from witch Malfi’s dark magic, meeting new intriguing characters that will help Alice to defeat her newly found nemesis.