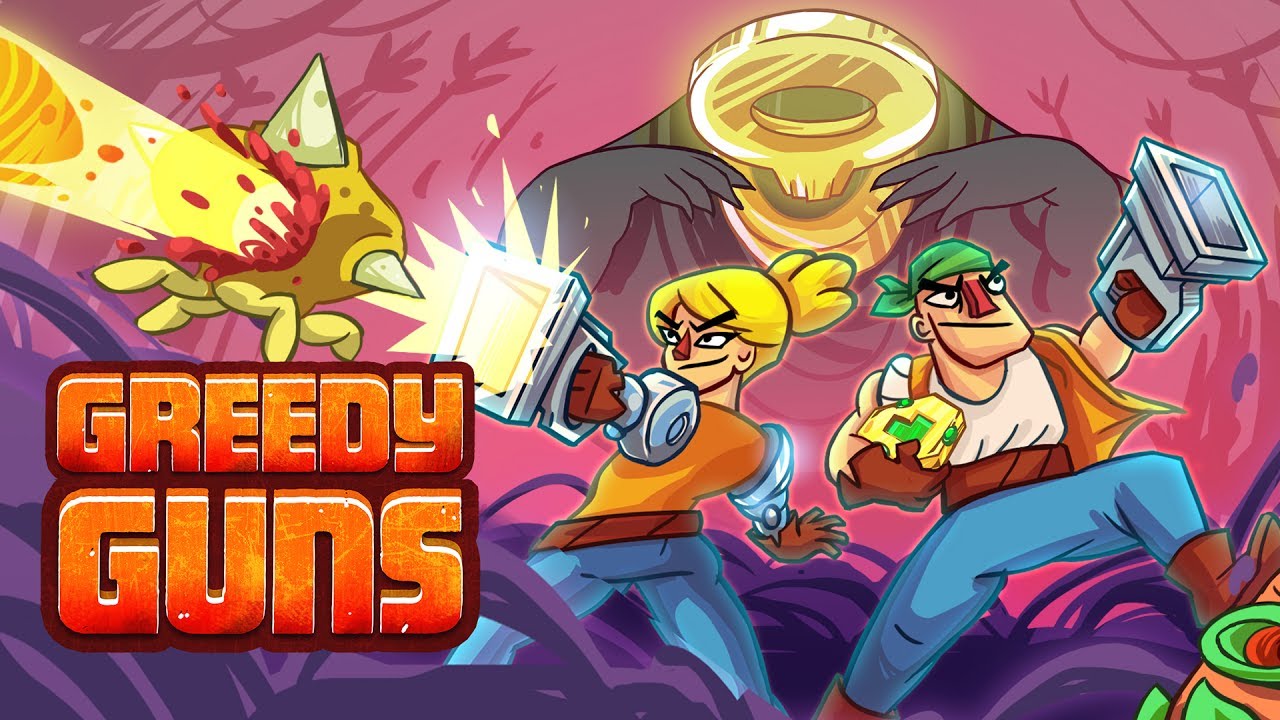 Tio Atum is officially announcing GREEDY GUNS release date. Yup, it’s happening. After a successful Kickstarter campaign, this amazing Metroidvania with loads of action is launching on Steam on September 1, 2017.

Story:
You play as one of the two-team members of GREEDY GUNS, a dynamic duet of mercenaries hired by HOLOCORP to land on alien planets in search of rare alien D.N.A. The Greedy Guns team is happy to work for the (greedy) company, as long as they pay them well. And do they ever. Too bad HOLOCORP also sell them their guns!