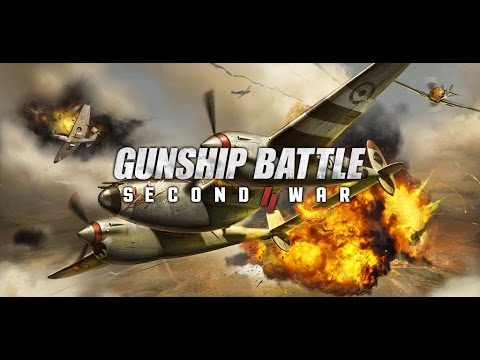 A brand new chapter to the 70 million downloaded Gunship Battle

In films, there are not many sequels better than the original. However, when it comes to games, it is a different story, proven by a lot of existing successful serial games out there. Joycity launched Gunship Battle: Second War, a sequel to Gunship Battle. The original proved itself by reaching 70 million downloads in global markets and receiving favorable reviews from world’s military action games lovers.

Preserving the values of gyroscopic controls which free thumbs to shot bullets and missiles, sequel boasts improved graphics, and an appealing storyline of the Jade Mercenaries in the post- war 1950s. It’s down to you to become an ace pilot of Mercenaries, wreaking havoc from the cockpit of a Spitfire, Warhawk, Hurricane and Saetta.

Especially the brand new cockpit mode allows the users to experience the battlefield from a completely different viewpoint. Joycity have also managed to shave off over 20MB from the file size of Second War, despite the improvements over its prequel. So there’s no need to worry about your memory taking a serious knock.

Celebrating the launch of the game, players will receive premium items through in-game events, such as daily login and clearing episodes between Sep 22nd and Oct 20th. 10 Golds will be given out just by logging in every day along with additional rewards on every 5th day of daily visit.