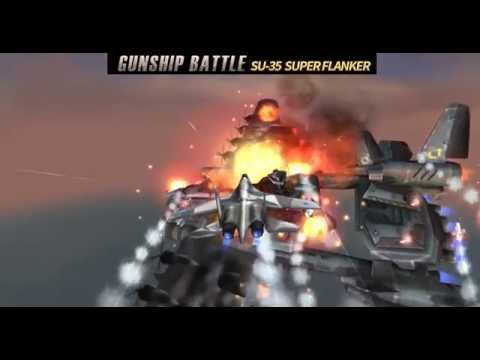 Joycity has released Gunship Battle™ on the App Store. The 3D action game featuring a variety of helicopters and aircraft was previously available only on Google Play is now also available for iPhone and iPad users worldwide.

With immersive 3D graphics, dynamic controls and combat scenarios inspired by real-life conflicts, Gunship Battle ™ recently exceeded 30 million downloads on Google Play. In order to bring the game to iPhone and iPad users, Joycity strove to optimize the game over the past few months. Joycity hopes to build upon the success of Gunship Battle™ to build a foundation for its continued expansion in the global mobile game market.

“So many players around the world have been waiting for so long to play Gunship Battle on iPhone and iPad,” said Han Seo Jo, Chief Operating Officer of Joycity. “We look forward to seeing the game succeed on the App Store, as the version on Google Play has also performed well,” he added.

Gunship Battle™ can be downloaded for free on both App Store and Google Play.
Video featuring the update available on the official JoyCity YouTube channel: http://youtu.be/2OHPi2GXaHg