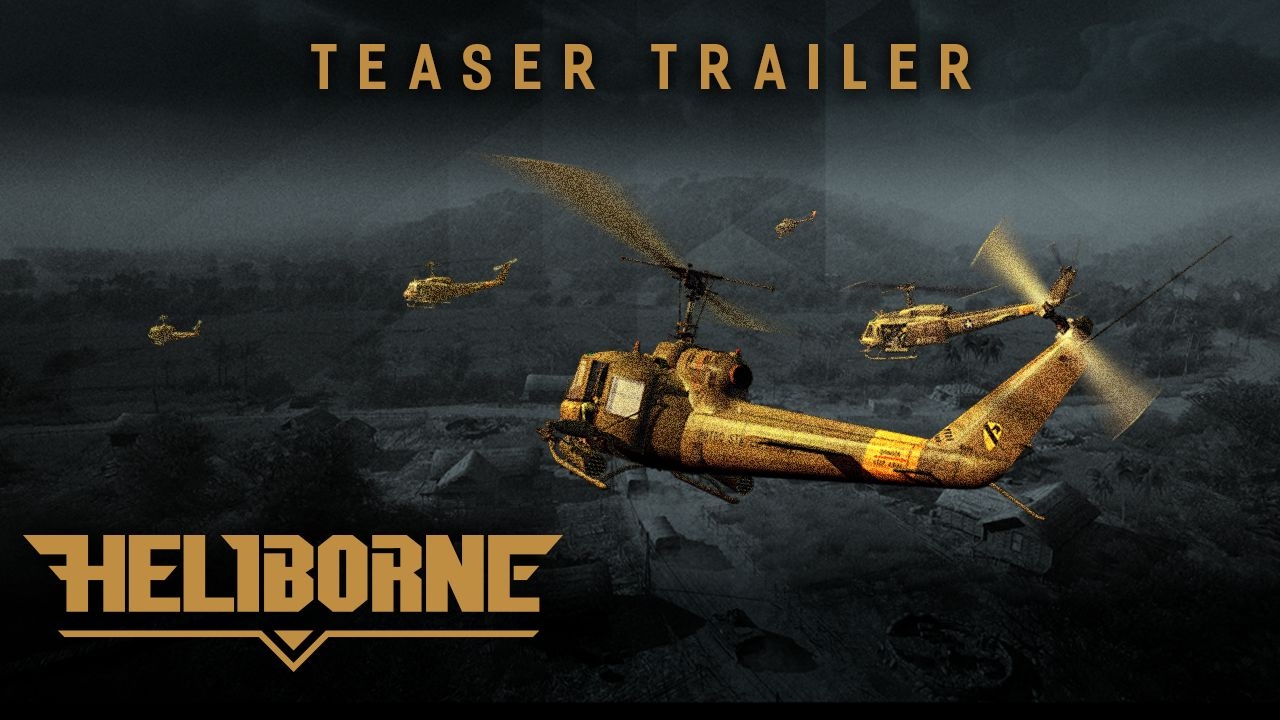 Indie video game publisher Klabater has signed up Heliborne, a new game from the Lithuanian studio JetCat Games, as is set for launch in early summer 2017. Fans of helicopters, action games, and competitive multiplayer battles will have a chance to experience historic battles – from the war in Vietnam to the recent conflict in the Persian Gulf.

Get behind the cockpits of the best helicopters in the world – from the classic machines of the 1950s to the modern gunships of the 21st century. In Heliborne you’ll play historical missions with your friends and compete with players from all around the world in various multiplayer modes.

Heliborne’s creators have strived to faithfully recreate the realities of armed conflicts and produce a gameplay model that is both dynamic and realistic.

“We created JetCat Games to make a military helicopter game and Heliborne is our dream project. Initially we decided to release Heliborne on Steam Early Access, but it turned out that we actually needed a publisher if we wanted our game to meet our expectations. Klabater helped us expand the scope of our game, add new game modes, additional helicopters, and most importantly a single-player mode,” says Raman Ulasau, Head of JetCat Games.

In the release version of Heliborne, available in early summer 2017, players will be able to play a fully-fledged single-player mode, historical missions playfed in solo or in co-op, and open-map missions in multiplayer.

“For a while now we’ve been longing for a titlelike Heliborne. It’s been a long time since the last true helicopter combat game came out. JetCat Games is now opening a new chapter in the history of the genre, giving players a full range of helicopters from the 1950s up to the 21st century. Heliborne’s successful launch on Steam Early Access only shows that fans are hungry for a new game that will let them use their flight sticks once again. We’re excited to be helping the crew of JetCat Games expand their game. We’re certain that historical missions played with friends and a competitive multiplayer are what fans have been waiting for all along,” says Lucas Jozefowicz, Head of Marketing at Klabater.

In Heliborne fans will get the chance to learn more about the development of rotary-wing aircraft. The game shows different historical periods, focusing on the technological innovation which changed helicopter combat over the years.

•a dynamic combat flying game
•over 40 legendary helicopters, including models from 1955 to 2003
•over 100 possible payload variants
•historical co-op missions
•6 open maps, including The Gulf of Tonkin (Vietnam), Operation Nguyen Hue (Vietnam), and Badakhshan Province (Afghanistan)
•3 gameplay modes: single player, co-op, and competitive multiplayer for up to 32 players
•test your skills in the historical missions, and in the open sandbox maps
•play your way: fully supports gamepads, flight sticks, and keyboard & mouse