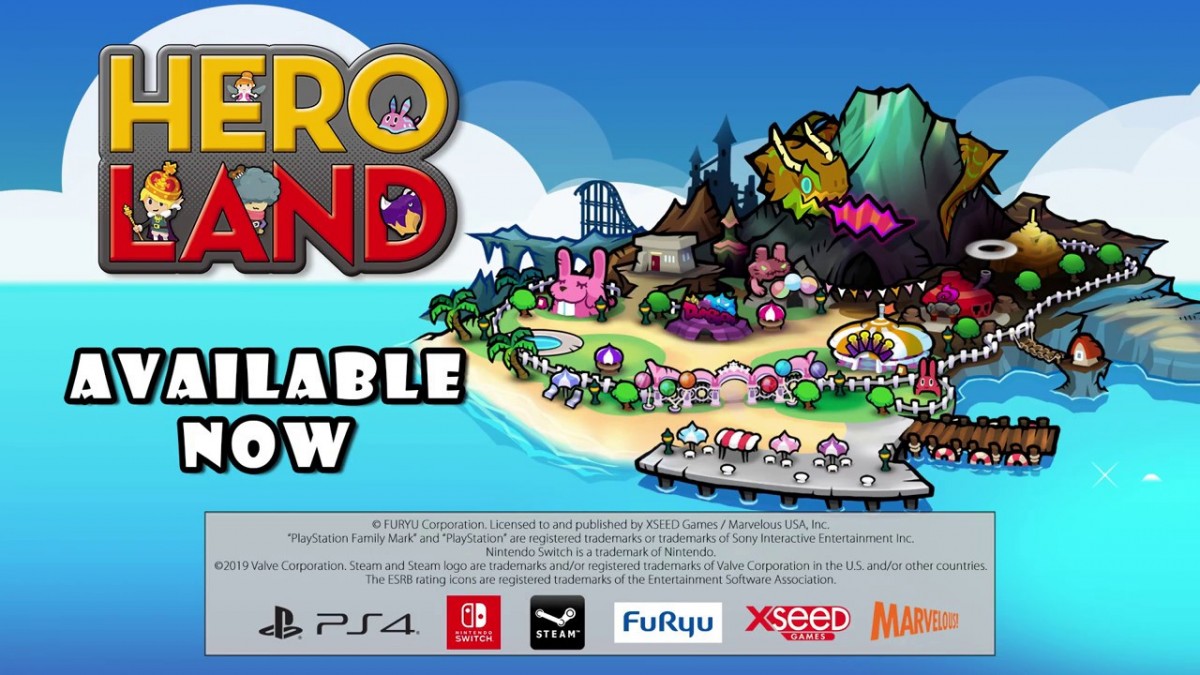 XSEED Games is celebrating the grand opening for Heroland, the absurdly humorous and ridiculously cute RPG set in a theme park, on the Nintendo SwitchTM system, PlayStation®4 computer entertainment system, and Windows PC. The game is available with a day 1 physical Heroland “Knowble Edition” at participating retailers for PS4TM system and the Nintendo SwitchTM system, and digitally on Nintendo eShop for Nintendo Switch, PlayStation®Store, and Windows PC via Steam, GoG, and the Humble Store.

Players will take the role of Lucky (not his real name, but nobody seems to care), a decidedly unlucky part-time tour guide at Heroland involved in an unfortunate, and expensive, vase-related incident. Now shackled to his part-time job until he pays off his debt, Lucky must continue to help guests explore dungeons, beat up baddies, and become legendary heroes while he assists from the sidelines and offers guidance. Released in Japan as WORK x WORK and created by key developers from MOTHER 3, Legend of Mana, and Fantasy Life, this tale of princes and pixels is told by over 20 quirky characters with a new take on classic-RPG-style combat.

About Heroland
Welcome to Heroland—a bright, tropical theme park resort where guests partake in an authentic RPG-styled adventure, exploring dungeons, beating up baddies, and become a legendary hero! Unfortunately, the role-playing becomes reality when Lucky, an unexceptional part-time tour guide, and his guests such as Elric, the spoiled fallen prince of the Knowble Kingdom, unintentionally begin unraveling Heroland’s dark history. Now it’s up to Lucky, Elric, and a ragtag team of tourists-turned-heroes to save Heroland (and the world!).

Heroland is directed by Takahiro Yamane (Fantasy Life), written by Nobuyuki Inoue (MOTHER 3, Legend of Mana), set in a colorful 2D world created by Nobuhiro Imagawa (MOTHER 3, Legend of Mana), and jam-packed with Tsukasa Masuko’s (Shin Megami Tensei) whimsical tunes. The esteemed team brings an unforgettable adventure filled with unique heroes including overzealous knights, high school girls, pretentious princes and a nihilistic otter (or is he human?!). And no adventure set in a theme park would be complete without a curious cast of monsters including cute little slugs, selfie-obsessed skeletons and man-eating broccoli—who also happen to be co-workers.

Published by XSEED Games for the Nintendo SwitchTM system, Windows PC, and PS4TM system, Heroland launched on December 3 in North America. This game has been rated “T for Teen” by the ESRB.