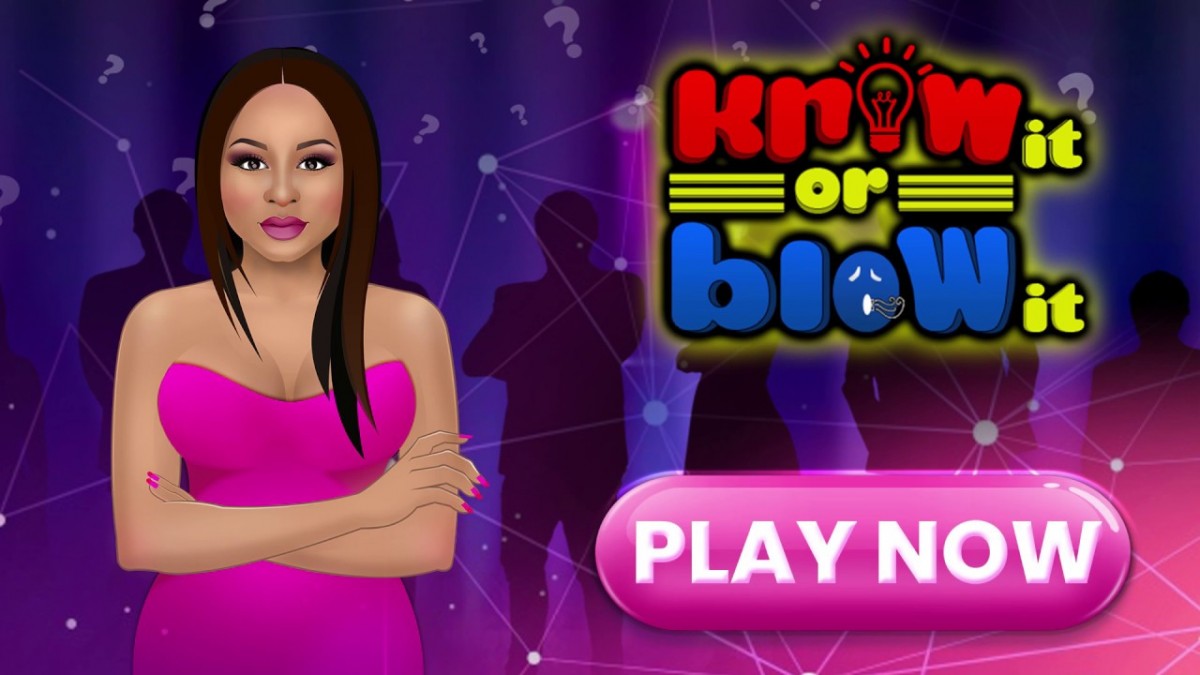 Developer Tymedia has released it’s trivia-based game Know It or Blow It for both iOS and Android devices, taking the fun-filled trivia board game “Know It or Blow It” to a new level of online trivia gameplay with a whole new interface redesign.  Know It or Blow It features fast-paced quizzes anytime, anywhere for players to not only test themselves but challenge others on a global scale. Players can ascend in the leaderboards and earn online currency, with the opportunity to win real-world prizes all at the tip of their fingers.

“The Know It or Blow It app is a fun mobile game to expand your knowledge about the world around you while enjoying the thrill of a fast-paced quiz anytime you wish,” shares Tymeka Lawrence, Founder of Tymedia. “Today, we are flooded with competitive mobile games that put our motor skills to test. However, there are limited occasions of expanding our knowledge base through these games. We believe it is good to learn more about the world we live in and, with this in mind, we have included comprehensive categories of questions in the Know It or Blow It app so that users learn something new every day.”

Know It or Blow It features an entertaining but simple game, designed to encourage players to test themselves with three progressive stages of difficulty. Similar to the original game during, the first two rounds players get to pick five questions from three random topics, with higher numbers representing a higher difficulty of the question. Plus, concealed in the first two rounds there is a chance for players to randomly select a ‘Big Break’ question, which allows players to place a bet for a chance to win additional points. If answered correctly, players will win the wagered amount answering incorrectly, however, will result in the player losing the amount they wagered.

To reach the final round, players must maintain a positive score during the first two rounds. Making it into the final round will give players the chance to earn in-game currency which can be used to unlock different city levels as players level up within the game. Players will also be able to use in-game currency to participate in trivia contests and events.