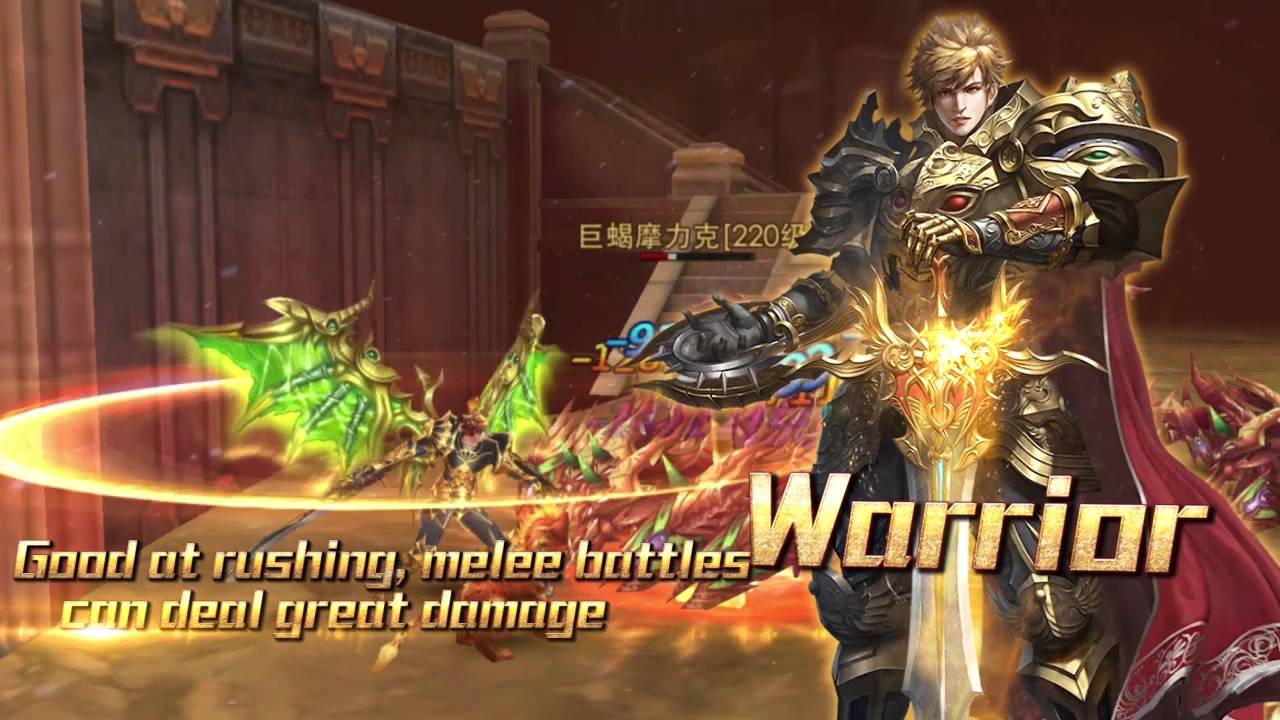 3D mobile MMORPG Eternal Crusade is available now on Google Play and Apple App Store. Players can choose to play English version or Chinese version arbitrarily in a same game app. In Eternal Crusade, players have to fight with Human, Elf and Dwarf to collect 27 Magic Rings. With the magic power of the Rings, players can save the world. Today, Ujoy released 3 more game key features of Eternal Crusade, which will make players understand the game better.

All the equipment is from raiding the bosses and free trade among players.
It’s normal that a equipment players are working hard to get is easier for other players to buy from shop in other mobile games. While players cannot buy any equipment from the official in Eternal Crusade. All the equipment comes from killing boss and free trade among players. Equipment is dropped randomly from Bosses and it’s impossible for a player to get 2 same equipment. High quality equipment is from the big bosses and a big boss will appear only when players team up with their friends to fight.

The free trade and independent pricing are supported in Market. Players can exchange their equipment and items with other players. For players to get more items and equipment to exchange, World Bosses are spreading everywhere and lasting for 24 hours.

Wards are the best partners during a PVP battle.
Besides the Elf, Dwarf and other types of races, Wards with various kinds of special skills are also exiting in Eternal Crusade. The way for Wards to upgrade is to eat up the unused equipment.

There are several Wards in Eternal Crusade. They are Rocky, Succubus, Blade Sould, etc. Not only will the Wards help players to raid the bosses at the fastest speed, but also they can enhance players’ shield, seal and blind their opponents during a PVP mode. Some Wards can destroy the equipment of players’ opponents and make them weaker.

Offline Automatic Combat will save a lot of time for players.
How to level up quickly and increase combat power are two of the most concerning questions for players. Some players may worry about that they will fall behind other players because they don’t have enough time to be online in other mobile game. While in Eternal Crusade, players can kill bosses and submit the tasks even if they are offline or the game is closed.

The old order is collapsing and a new era is coming! Ujoy western fantasy 3D mmorpg Eternal Crusade is available now for iOS and Android. It’s free to download and it will provide players a good gaming experience.